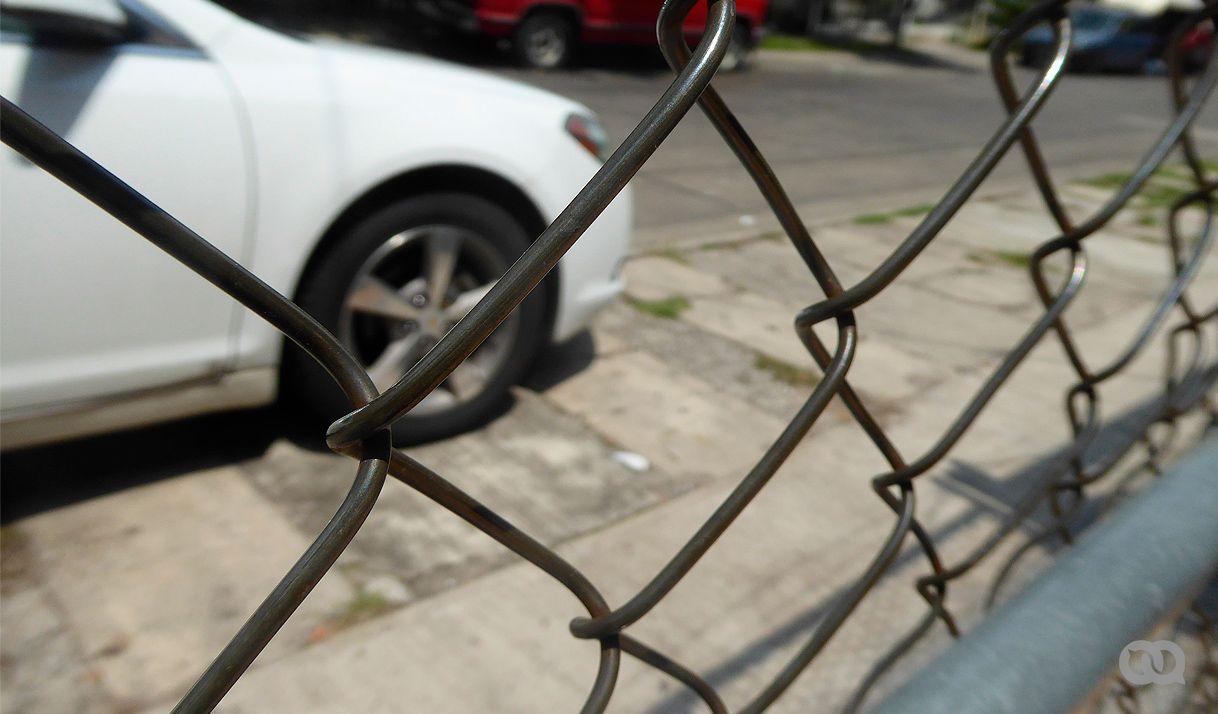 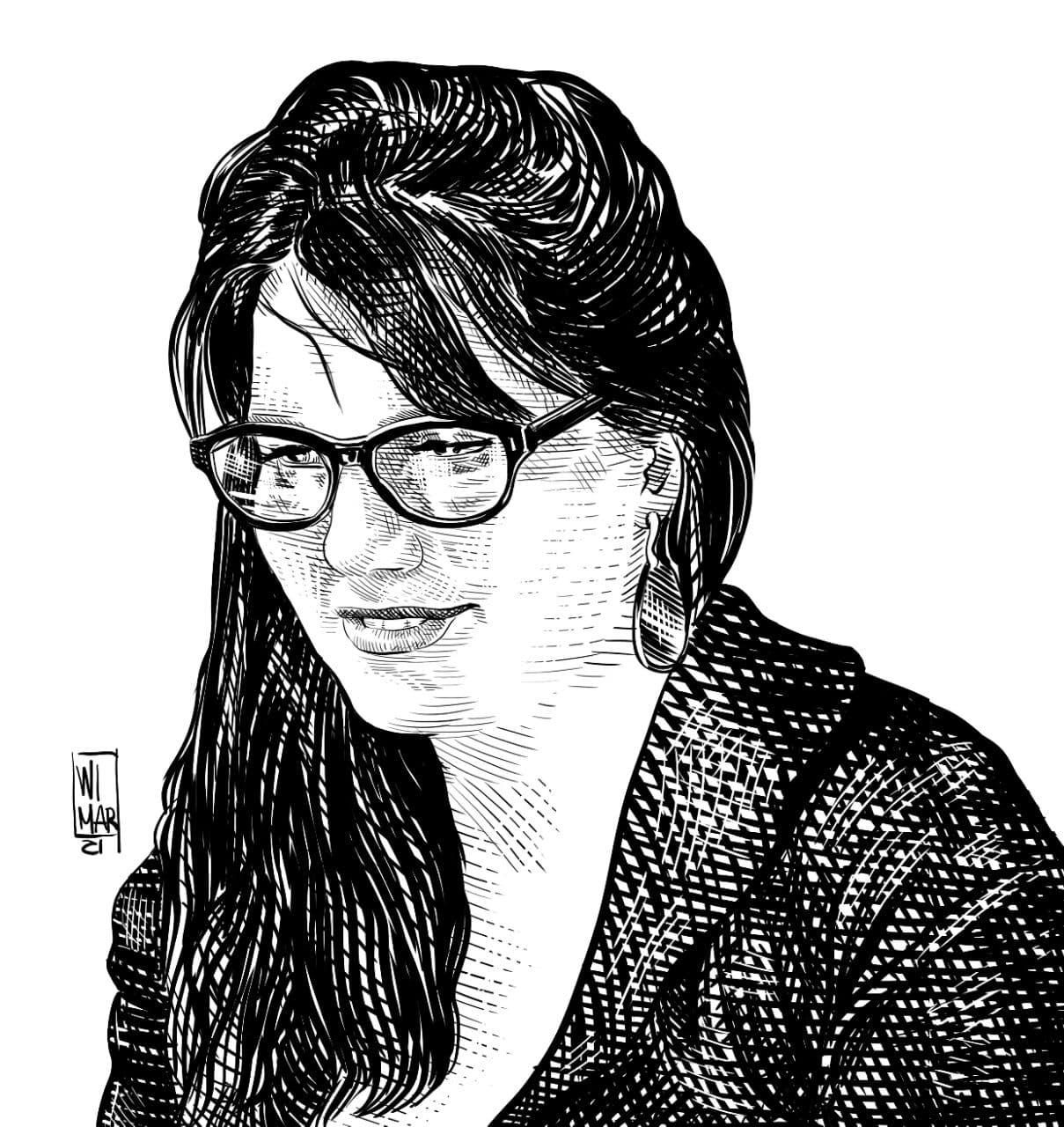 You wake up every morning, drag your feet out of bed, slowly do up the buttons on your shirt and go to your office. You might have had a blackout the night before, maybe your family didn’t have anything to eat that morning, but you’ve decided to believe that somebody else is to blame. An important part of you needs to think that there is a powerful foreign culprit, that has the sole mission of crushing you and the ideals you defend, that your ideals are noble and pure.

At the end of the day, you are defending a free public education and health system, and who could possibly be against health and education being accessible? You’ve convinced yourself that the end justifies the means. That the people who don’t think like you are directly attacking your ideals, that they are serving this powerful omnipresent enemy. You know that your ideals are just that, ideals, that neither the healthcare or education system, or the many other breakthroughs they sold you as conquests, are being upheld.

You know that everything is falling to pieces, healthcare, education, and the roof on your neighbor’s house. But the wise Government gave you something to cling onto. They gave you somebody to blame. They gave you a cause. They gave you permanent consolation. That’s because the culprit and the cause are never going to disappear. It doesn’t matter who they must tread on. The final outcome is what matters.

I wake up every day, drag my feet out of bed, slowly do up the buttons on my dress, and hug my children before going to work, where I sometimes spend two or three hours trying to understand your end goal, and I still don’t understand why or what you’re doing. For a few years, I thought your mission was to destroy those spaces of rebellion and freedom, where people would challenge your end, your means, your ideals. That the way to destroy these spaces was to condemn their leaders to wander in every time zone in the world. Condemning them to exile, to being a migrant, to the permanent abandonment that losing your home stirs in you. I thought you believed you’d destroy these spaces by getting people to surrender en masse and pressure human beings.

We both agree that this strategy didn’t work. The people who left knew how to bandage up the wounds that result from exile, they learned to reinvent themselves, to share their pain with others, to not keep silent. The new generation of emigres didn’t adapt to the spaces that exist in their host countries, they didn’t force themselves to integrate, and they even continued to raise their voices to shine a light on everything you were doing in Cuba.

At that moment, you realized that this exile strategy wasn’t going to work. Or maybe you always knew that. You went too far, like you did in 2003, when you put 75 innocent people behind bars. Oh, how you systematically went for more, without cellphone cameras or social media to report you. But you were always one step ahead, you decided to use this visibility and these social media platforms in your favor to hike up this fear of contagion. Very few things are more contagious than fear. What better strategy than putting a name and face to fear?

There’s nothing more you’re afraid of than being named and called out as a henchman. Pictures of people murdered, tortured, are still fresh in our memories, even in books in Cuba. The faces of Frank, Abel [from the struggle against the Batista dictatorship] are still living in the popular imagination. You don’t want people to downplay 60 years and feel like they are living with the continuity of a time of physical torture. You sought out other means. That’s because anyone who dedicates themselves to torture will always find a way to torture.

I didn’t see this very clearly, for a long time. I couldn’t guess that your mission wasn’t to eliminate these spaces, but to eliminate people on an individual basis. Nothing hates your system of values more than individuality. Nothing condemns more than a person’s right to think and speak their minds. Nothing is scarier than the citizenry. The system is designed to control individuals in their masses via different spaces: the rations booklet, the CDRs, jobs in the public sector, their children’s school, groups of friends and acquaintances, family. The system isn’t designed to control individuals as citizens. They don’t know what to do with this person when the rations booklet, CDRs, jobs in the public sector, their children’s school and groups of friends and acquaintances… stop working. You need to become a henchman to do away with citizens. A good thug is stealthy and completes their mission with the least amount of blood spilled. You aced that exam. Zero blood. Mass surrenders. Widespread fear. Neutralized individuals.

I had to watch the results of your strategy from afar. It was such a brilliant strategy that it hasn’t even received an international complaint strong enough to stop it. With so much going on in the world, who cares about a few more journalists? I had to pick up the pieces you spitted out, from the other side of the Florida Strait. I had to go to therapy for months to name what I felt, while watching it all from afar. I had to come to terms with the fact that I was a person capable of hating and calling what I felt “hate” was really liberating. After naming, and learning to live with hate, I had to learn how to dominate it, transform it into a longing for justice and freedom.

You were forced to take 20-year-olds to visitation rooms to film mea culpa videos that have no meaning. Your obsession with mea culpa videos is incredible. As if a video recorded under psychological torture was anything but proof of the psychological torture itself. You humiliated people, made them feel like cowards, drew out the words you wanted to hear with threats, these words that gave you reason, words that pointed to another culprit. The enemy.

You hit your fist on the table when these words didn’t come out and drew out interrogations for hours, bringing a psychologist in to analyze, live in the flesh, those who refused to say what you wanted to hear. The thing is though, that what you want to hear doesn’t exist. It’s in your head. It’s in the head of every one of the people who interrogate, record videos, and hit tables with their fists. Torture is never a solitary practice. The presence of another torturer justifies your own. There’s the person recording it, the person doing the interrogating, there’s the psychologist. They all have a purpose. Not to make you feel alone. Validating what you’re about to do every morning you wake up, drag your feet out of bed, slowly do up the buttons on your shirt and go to your office.

But you are more and more alone. We both know it. You try to pretend, but your children, the ones who have the blood of heroes running through their veins, didn’t wake up this time for the May 1st Parade. Your friend’s son who has a painting of Fidel Castro up at work is saving up money to go to Nicaragua [en route to the United States] One day, you’ll go to the office to torture young people and they’ll have changed the psychologist or cameraman.

The young people who you tortured over 11 years ago, who appeared in your videos, will cry out what really happened, and your recordings will become a popular joke. You’ll say they were mercenaries, and the Cuban people will see them as heroes. You’ll want to delete every confession obtained under pressure, but your videos will be there to persecute you. You’ll stop waking up in the morning, buttoning up your shirt, and going to the office because you’ll be in jail. It’s at that moment that your victims will be able to rest in justice.

“Imprisoned Voices” Campaign for Critical Cuban ArtistsWhat’s to Expect from Cuba’s November 27th Elections?Nicaragua Denies Some Cubans Entry: Who Are They?Cuba: Rule of Law vs. the Communist Party’s RuleA New Cuban State Security & Media Attack against elTOQUEWhat We Know about US Humanitarian Aid to Cuba