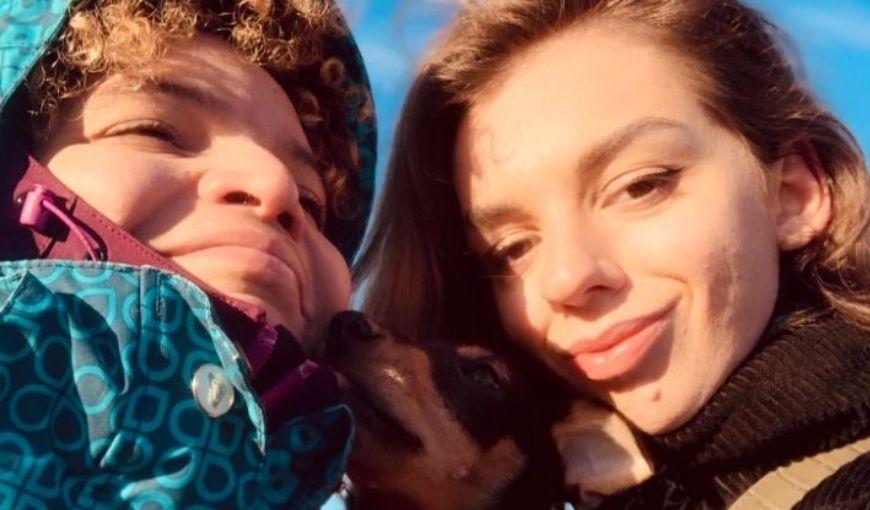 A Cuban in Poland: “This War Touches Me First-Hand” 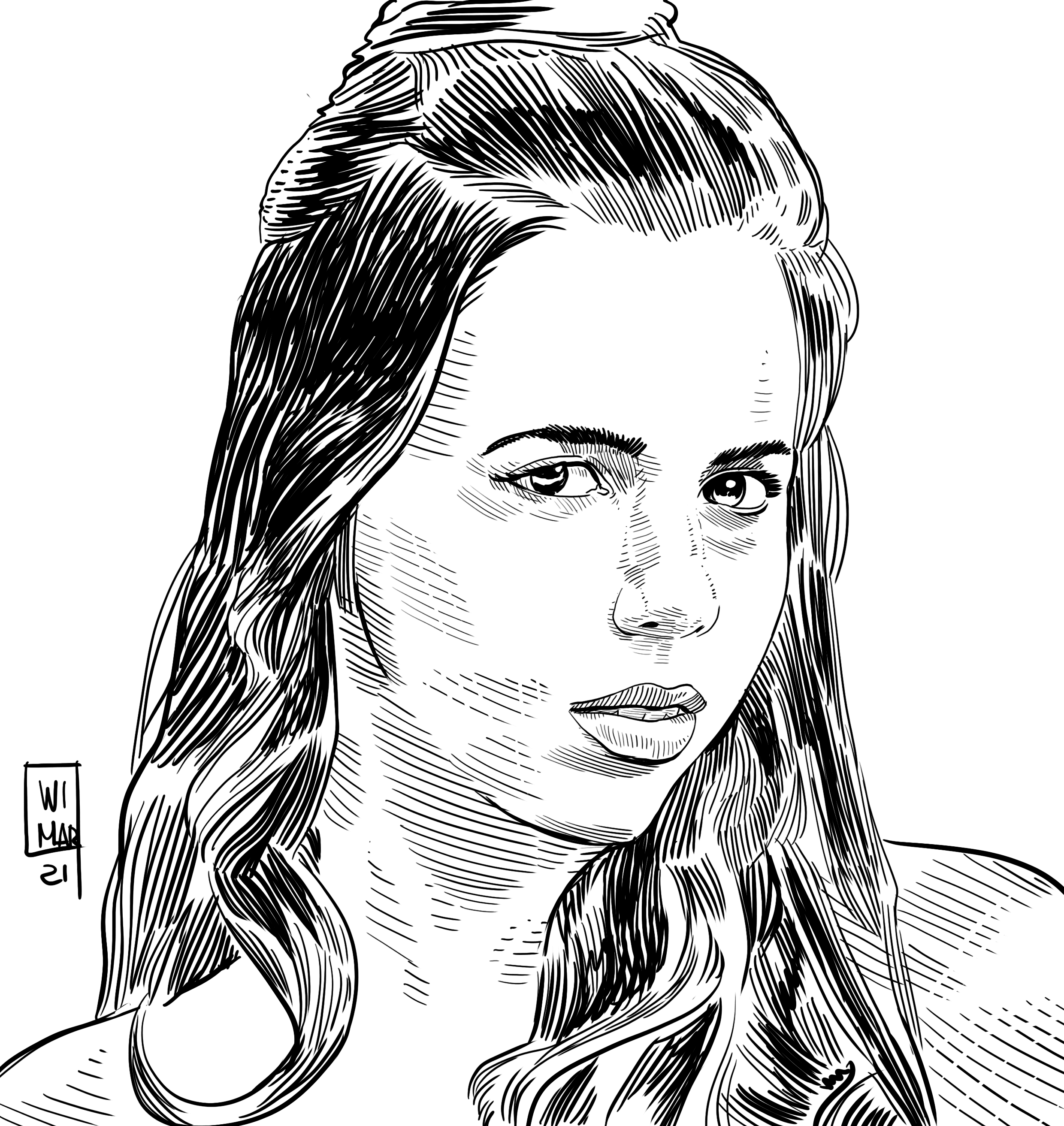 “We got a call at one in the morning, asking if we could take in a Ukrainian family. We said yes, of course.”

Karla Puente, a 27-year-old Cuban living in Warsaw, Poland’s capital, took in an older woman with her daughter and four-year-old grandchild. “You could see the panic in their faces. They hadn’t eaten for days. The little girl just kept repeating, ‘Mama, let’s go home.’”

Karla has spent the last three years in Poland, where she arrived with a dream of studying filmmaking. Fate has caused her to discover all the things a war signifies.

“This war touches me first-hand. My girlfriend is Ukrainian, and her brother is on the front lines, fighting. He’s very young, only 20. At home, the environment is constantly stressful. Without wanting to, we’re constantly expecting the telephone to ring and someone to tell us something bad has happened. We’ve had no word about him for several days, but we trust he’s okay. Bad news travels fast.”

Karla lives a fair distance from the Ukrainian border, but she assures that the terror of the war is felt everywhere. Together with a group of other Latinxs and Polish, Karla has created a small network for helping. “Everything’s very modest. One day a girl proposed that we should begin to collect food, blankets, medicine, whatever we could, to send to Ukraine or donate to the refugees. So that’s what we’re doing.”

The first thing they did was create a Facebook group to organize themselves. One of the members set up a database of medications they have on hand. and the ones they need. They’re a multinational solidarity community. “He [the one setting up the database] identified the medications in English, Polish and Ukrainian, so that all our members could understand.”

The collection center for the aid is the Macondo Latin Bar where Karla works. “Those who come through always leave something, including even pet food. There’s a lot of awareness here about the care and protection of animals. When we’ve gathered a good quantity of materials, we send them to the border.” 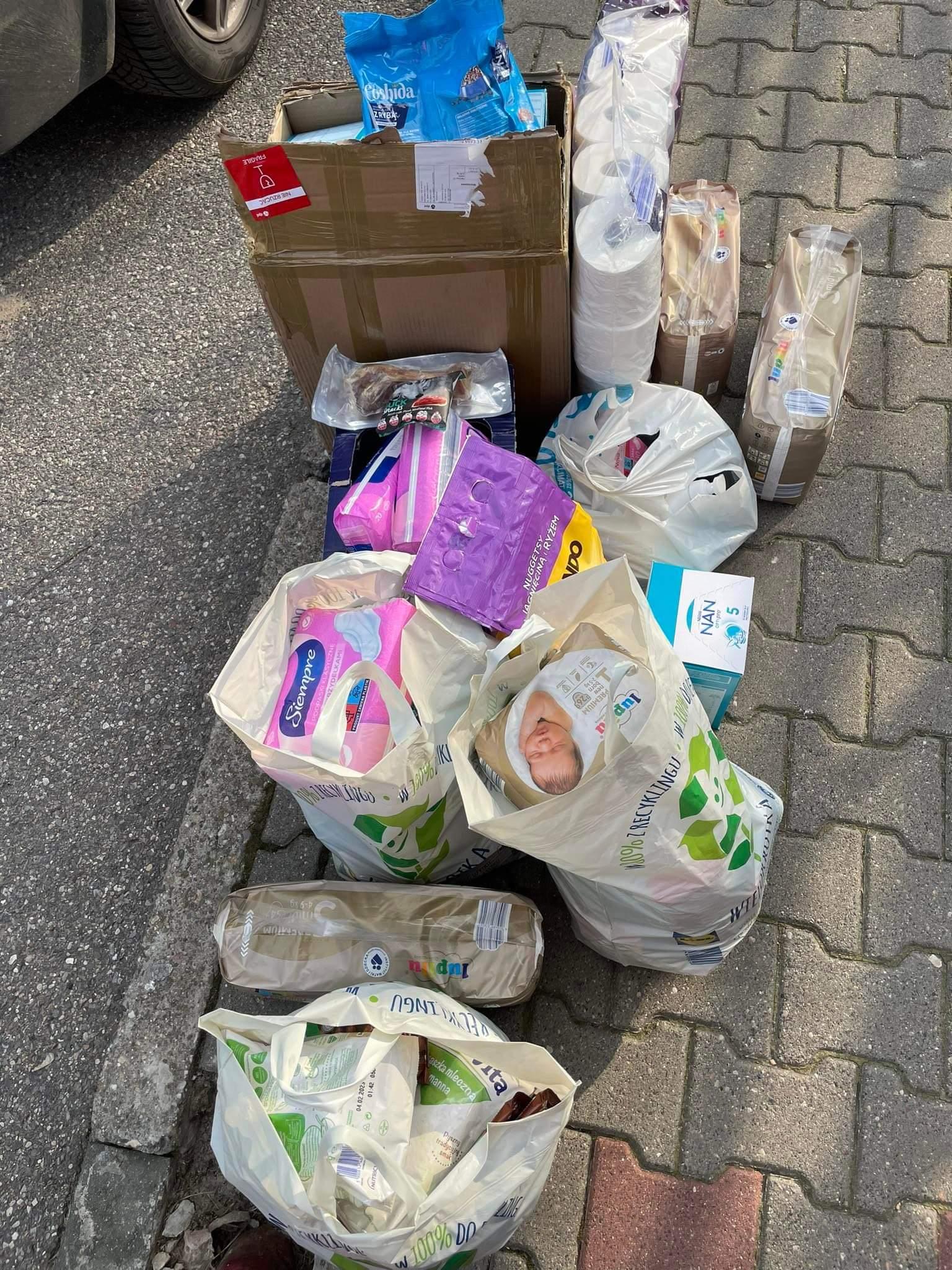 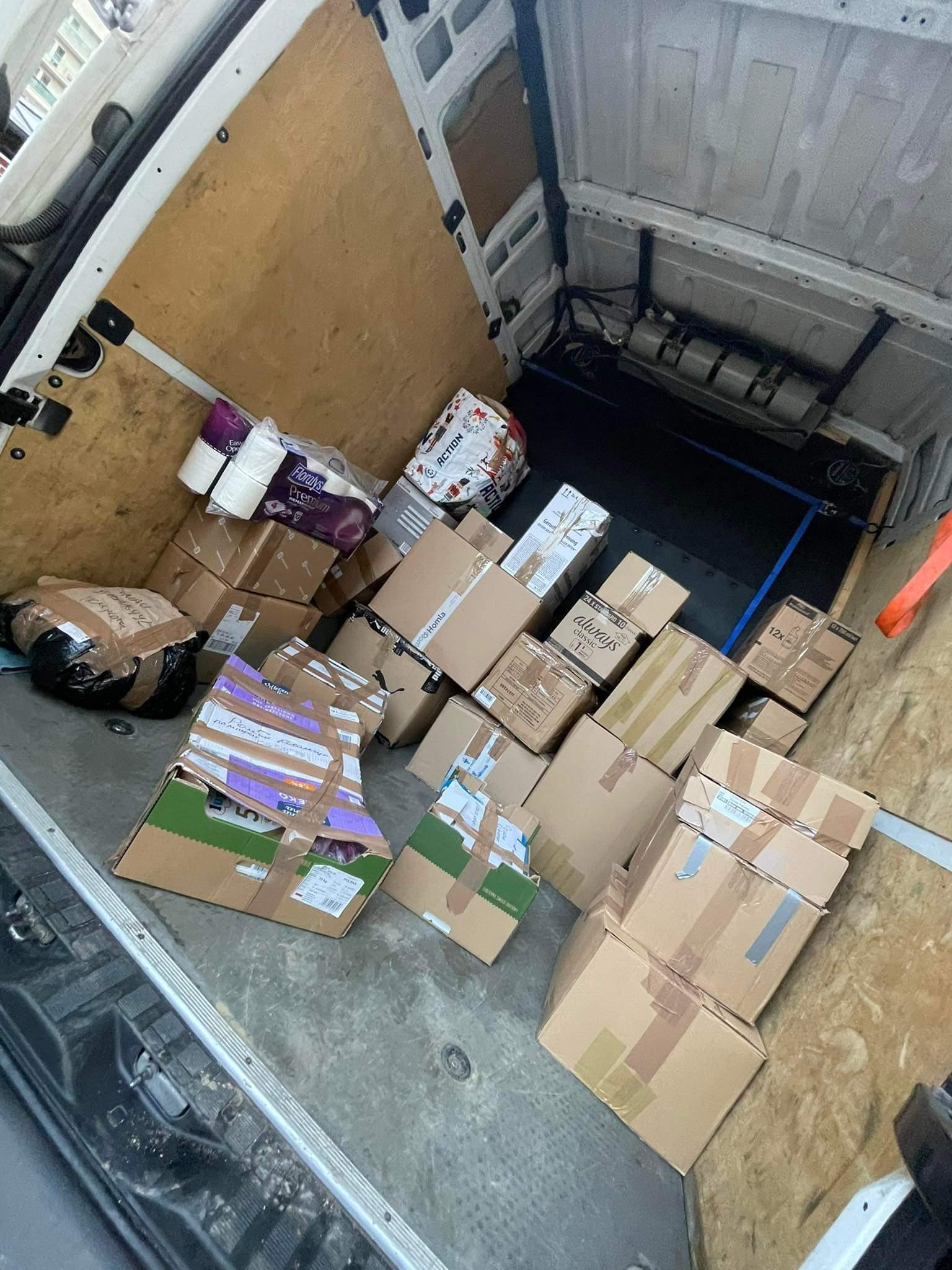 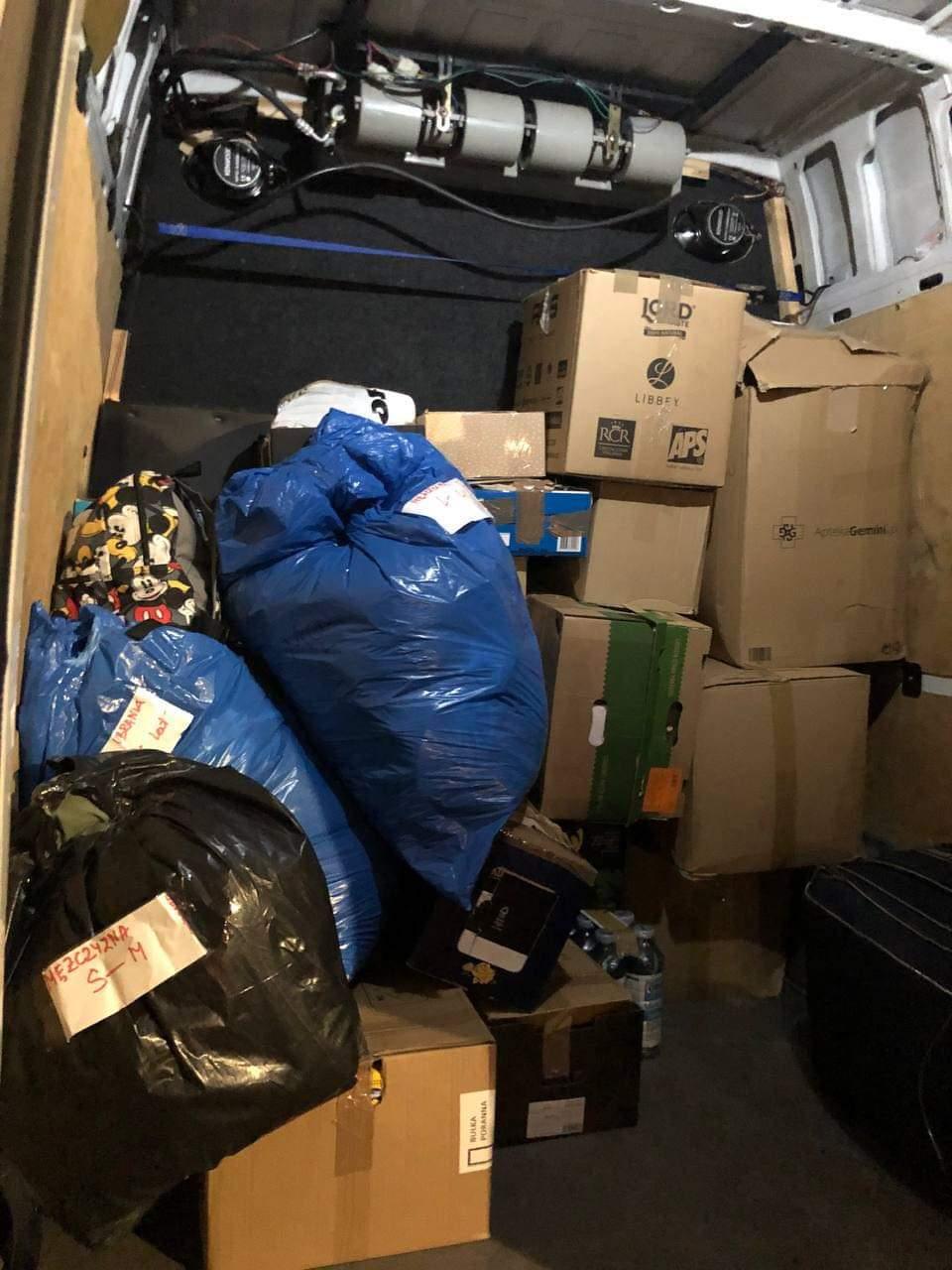 “I try to organize and arrange the shipments. I also serve as an intermediary among the people who write to us to offer help, or asking for our help.” A few days ago, Karla got a message from a Mexican man who also lives in Poland, but near Lviv, a major Ukrainian city on the western border. He offered to go pick up refugees at the border. Karla will try to find a place they can stay and will later put them in contact with the Embassy to get legal assistance.

“My girlfriend and I are registered on a database where everyone declares how many people they can take in, and if they accept pets. In our case, we were able to do both. Based on this data, the organizers of this initiative reach out to you. There are a lot of people coming across the border, and they all need a roof.”

The UN High Commissioner for Refugees (UNHCR) estimates that well over three Ukrainians have fled the war since the Russian invasion of Ukraine began on February 24. Of this number, over 1.9 million of them have entered Poland, which heads the list of receiving countries. The border is near collapse.

“Karla notes that the situation has gotten worse. “Too many refugees are arriving; there’s nowhere to put all of them. There are a lot of people sleeping in Warsaw’s Central Station right now. It’s horrible. The willingness to help is always there, but the moment will come when that massive solidarity slows. It’s very sad.” 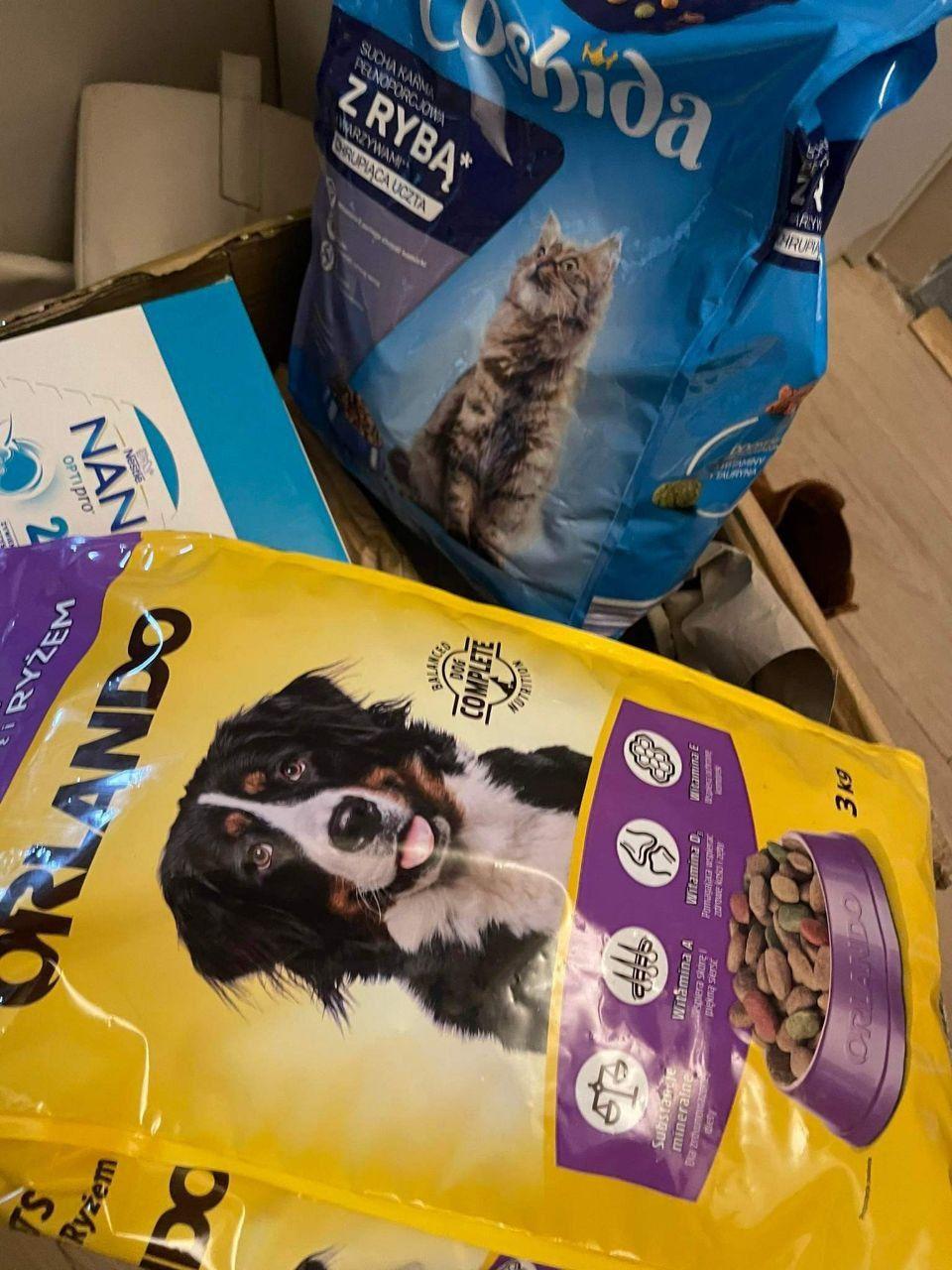 It was very early in the morning when they brought the Ukrainian family to Karla’s apartment. “It’s not very large, but we managed to accommodate them. The next day we found them another place outside the city. My partner acted as translator. I don’t understand their language very well, but we didn’t need to converse to be aware that their hearts were broken. They must have left so many people, so many things behind!”

The immense majority of the refugees – be it in Poland or another country – are women, children and the aged. Ukrainian men aged 18 to 60 are forbidden to leave the country.

“I have friends who don’t want to fight, who don’t want to be there, and that’s legitimate. We feel their desperation, wanting to leave but not being allowed. In these cases, though, there’s nothing we can do,” she says with sadness.

“While we try to help everyone who needs it, our focus is on members of the Latinx community who are fleeing Ukraine. We have a network of legal aid in Spanish, because there are a lot of Ecuadorans, Colombians. I’ve only run into one Cuban family, a woman named Beatriz, her mother and her daughter. They stayed in the home of a friend, but I went to see them and speak with them, because they don’t speak English or Polish, just some Ukrainian. I put them in contact with a lawyer, so they can legalize their stay.”

The aid group Karla participates in has also localized some people and put them in contact with relatives outside the country. “Not long ago, a woman from Colombia wrote me, worried about her nephew. We located him on the border. We’re waiting to gather a group of at least three or four, so we can pick them all up together.”

“Our support isn’t only physical, it’s also virtual. There’s a lot of talk about Ukraine on the social networks. All the Facebook groups I belong to, which normally have nothing to do with that topic, have focused on creating support networks. People offer their homes, their cars, their household goods. It’s all been very spontaneous; it hasn’t only come from the organizations and government institutions,” Karla explains. 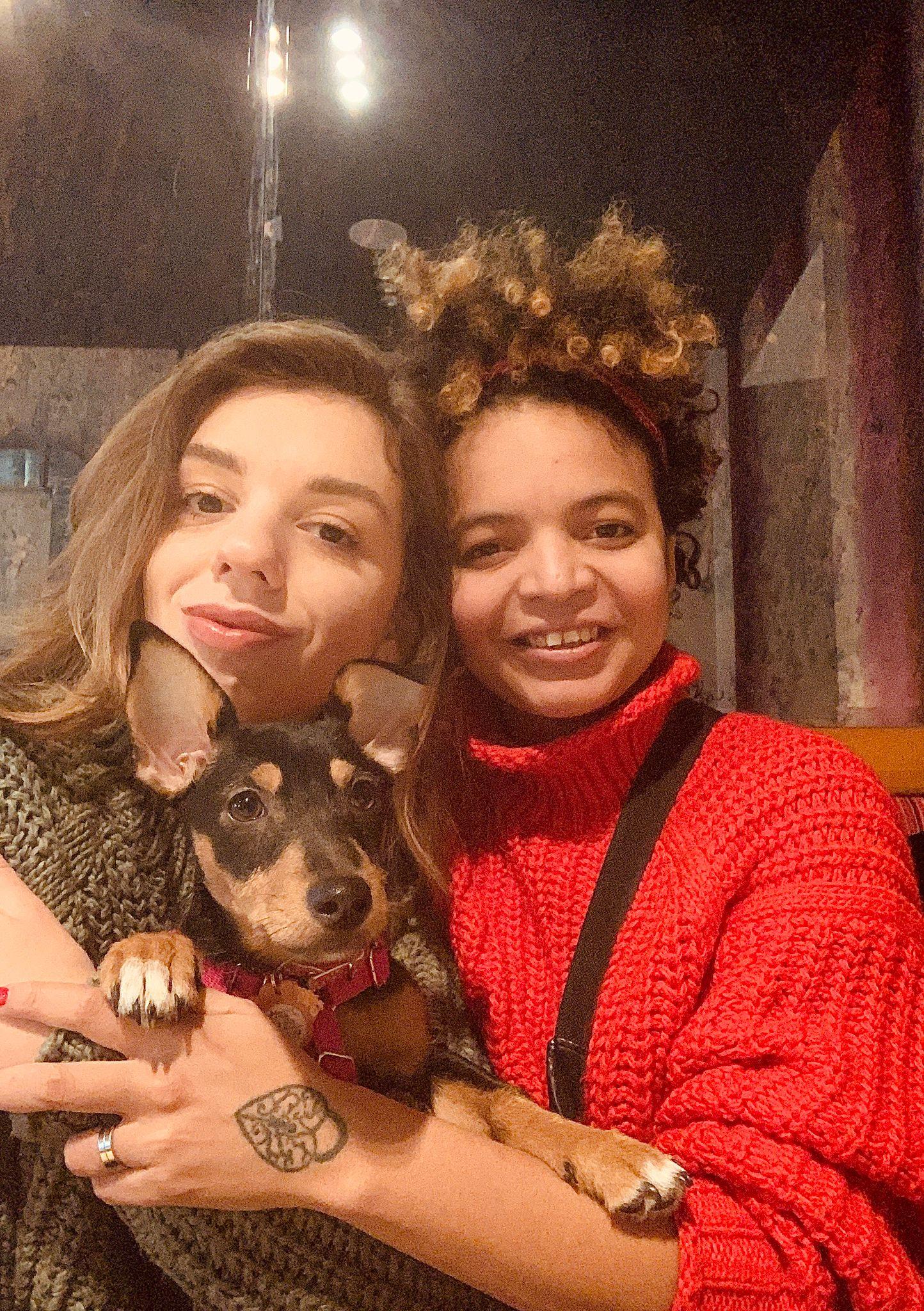 Karla tells us that within the circle of her close friends and other people she knows, no one defends the attack. “On the contrary, they’re against the war; they call it an invasion. The same thing is true of the refugees we’ve been able to talk with. They feel it’s a massacre, an abuse.”

She says that the Cuban government’s position [supporting Russia] perturbs her; at the same time, she feels that it maybe doesn’t represent the sentiments of the great majority of Cubans.

“From what I’ve seen, an anti-Russian sentiment is being born that will greatly harm the citizens of that country, who have nothing to do with Putin’s decisions. Many people are refusing to consume Russian products, and don’t want any closeness to that market. It’s always that way: the big guys make the war, and the little guys pay,” she laments. 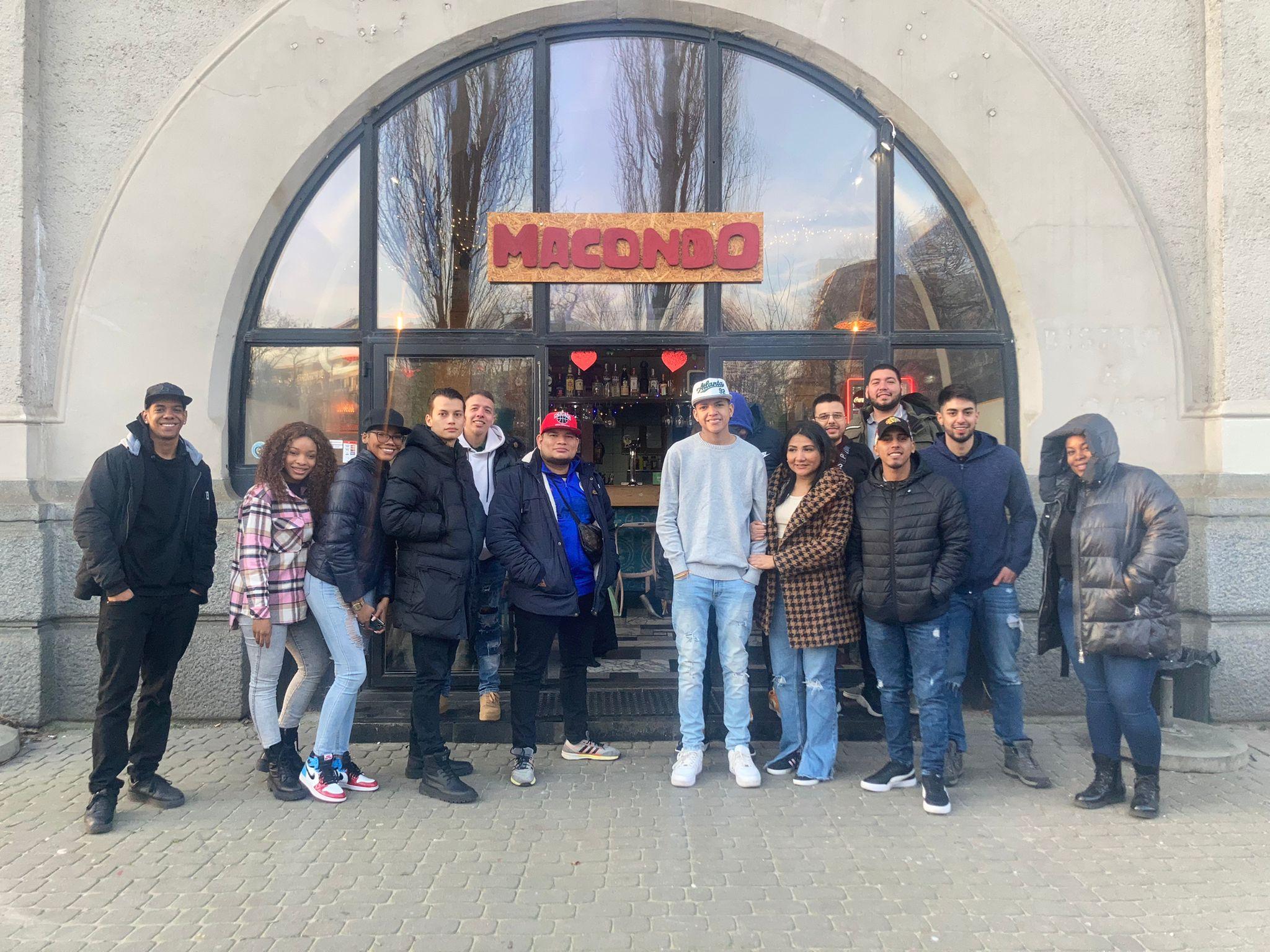 “Poland’s solidarity has been immense. The entire nation has come out to help their neighbors. In addition, you can feel the uncertainty and fear in the air. What if it’s our turn tomorrow? And if they invade us?

“I’d like to do more to help,” she confesses. “All this time, we’re in our comfort zones, at ease, in our own home, with hot food, protected and with the person we love. Meanwhile, there are people trembling with fear in a shelter or in a bunker, or arriving in Poland to start from zero, with nothing and in a different language. Not to mention those who aren’t even here anymore…”.

The Mourning that Comes with Forced EmigrationA Plebiscite without Ballots: Cubans Voting with Their FeetAlejandro’s Odyssey: Escaping to Florida on a Water BikeRio Grande: the last danger for Cuban migrants in MexicoHow to Watch Cuban State TV Outside of CubaKarla Perez’s Forced Exile from Cuba