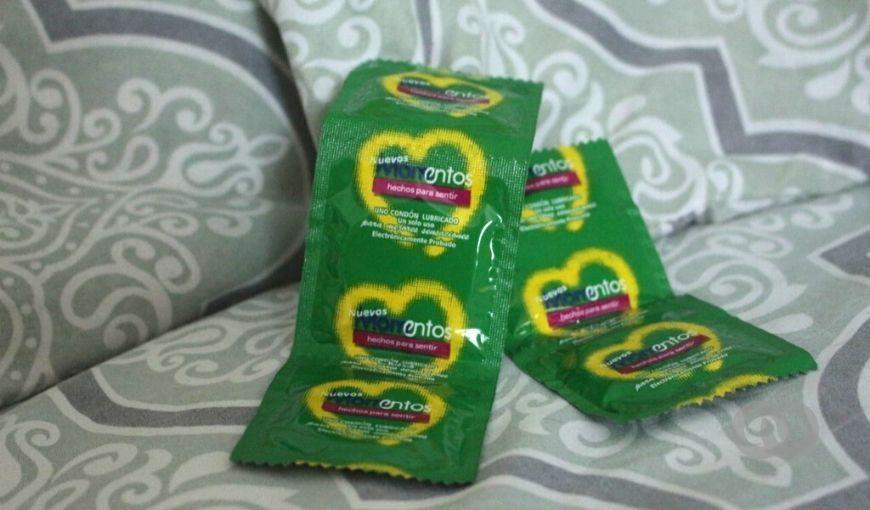 Yusimi would like to reuse condoms. Her body asks for sex, but her mind asks for restraint. She’s had very few sexual relations without a condom: mainly when she was a teenager – naive and irresponsible.

Yu, as she is known, used her last condoms months ago: “the Momentos brand, they’re really awful, with little lubrication, and they’re tight according to men… but they were the only ones available.”

Her statement is confirmed by Granma newspaper’s reference to a survey by the National Center for STIs and HIV/AIDS Prevention: Cubans prefer the Vigor brand.

Yu doesn’t have a stable sexual partner, but she has sex with two men “that she alternates between” and help her with things around the house. I don’t want a husband, just someone to cool my “bodily desires”. Having sex with different people isn’t a sin, but “having sex without a condom is a sin” for Yu. She has had to sin, in recent months.

Before, she’d get condoms from the Sexually Transmitted Infections department at her doctor’s office (Yu has a degree in Rehabilitation): “the good kind, donated ones, “silver ones” or Vigor Max for men, which are high quality and are lubricated.” However, there are only “posters and leaflets” in these offices now.

“It makes me laugh sometimes when I go into a drugstore with posters plastered all over the wall that promote safe sex and using a condom, but it’s been months now that they haven’t been selling them,” she says.

Protected sex in Cuba is expensive nowadays. On the illicit market, individual condoms cost between 15 and 60 pesos, a price that is on the rise given the fact that they’ve been in shortage for a long time.

You can’t find them either in international drugstores or clinics that sell in US dollars. Supply on the black market is also short sometimes and, when they are being sold, you can easily tell which ones have been brought over from abroad or have been “diverted” from donations from international organizations such as the WHO/PAHO or the UN Population Fund (UNFPA).

It was the UNFPA that donated 501,120 male condoms to Cuba in August 2020, which were meant for sexual and reproductive health services. The donation came in response to a request from the UNFPA office in Havana, due to the demand for contraception in Cuba. However, this half a million condoms only accounts for about 8% of the approximately 6 million condoms that are being used in Cuba, every year. 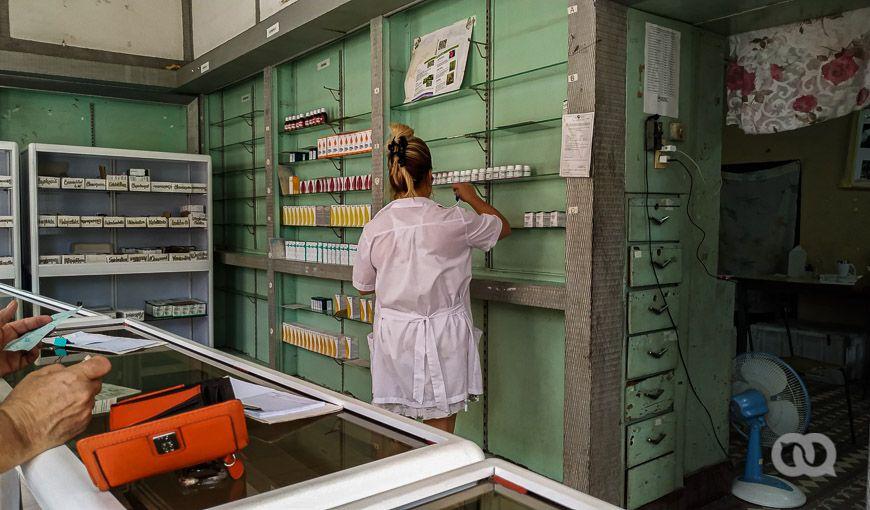 Most condoms sold on the nationwide drugstore network are imported by the Medical Supplies Company (EMSUME). Since late 2019, waning purchases abroad is the main reason for shortages.

“During 2019, we only received 10 million and something from EMSUME of the 20 million planned, meaning that we only got 53%,” said Onecys Perdomo, the commercial director of the Medicine Commercialization and Distribution Company, which is responsible for distributing medicines to the provinces.

The 2019 Health Statistical Yearbook revealed that total coverage of condoms was 76.8%, the lowest figure since 2004, when it was the same percentage. In fact, national condom coverage hasn’t fallen below 77% of demand since 1995, and condoms only cover 14% of contraception methods used to prevent pregnancy: intrauterine device, tubal sterilization, contraceptive injections and others.

This isn’t the first time that Cuba has suffered a condom crisis. In 2014, there were shortages because of problems with the labeling and expiration date of a whole batch that had come from China.

Over the past three years, official media have been reporting a shortage of condoms, imports being the main reason for short supply: whether this has been due to a direct consequence of the US blockade or because of delays in payment and state planning.

In Cienfuegos, for example, commercialization “dropped by approximately 176,905 units, approximately 23% less than what was sold during the first four months of 2017.” In the meantime, the situation in Pinar del Rio has only gotten worse over the last trimester in 2019, when only 595,760 units (boxes with three condoms) were sold that year, 79% of the annual plan.

“This product – which is in such high demand and essential” was available on the community network of drugstores from January until October 2019. Supplies decreased that month, and there were only enough for 18 days. In November, there were only enough for three days, and they only appeared in 29 of these establishments. When December began, this product was in total shortage… and it continues to be the case,” Hector Rodriguez, an official from the medicine department at Public Health board in Pinar del Rio, explained to Radio Guama.

Reports in other provinces such as Santiago de Cuba, Villa Clara and Sancti Spiritus (SS), also indicate a nationwide shortage of condoms, that only cover 5% of the monthly demand in some regions. 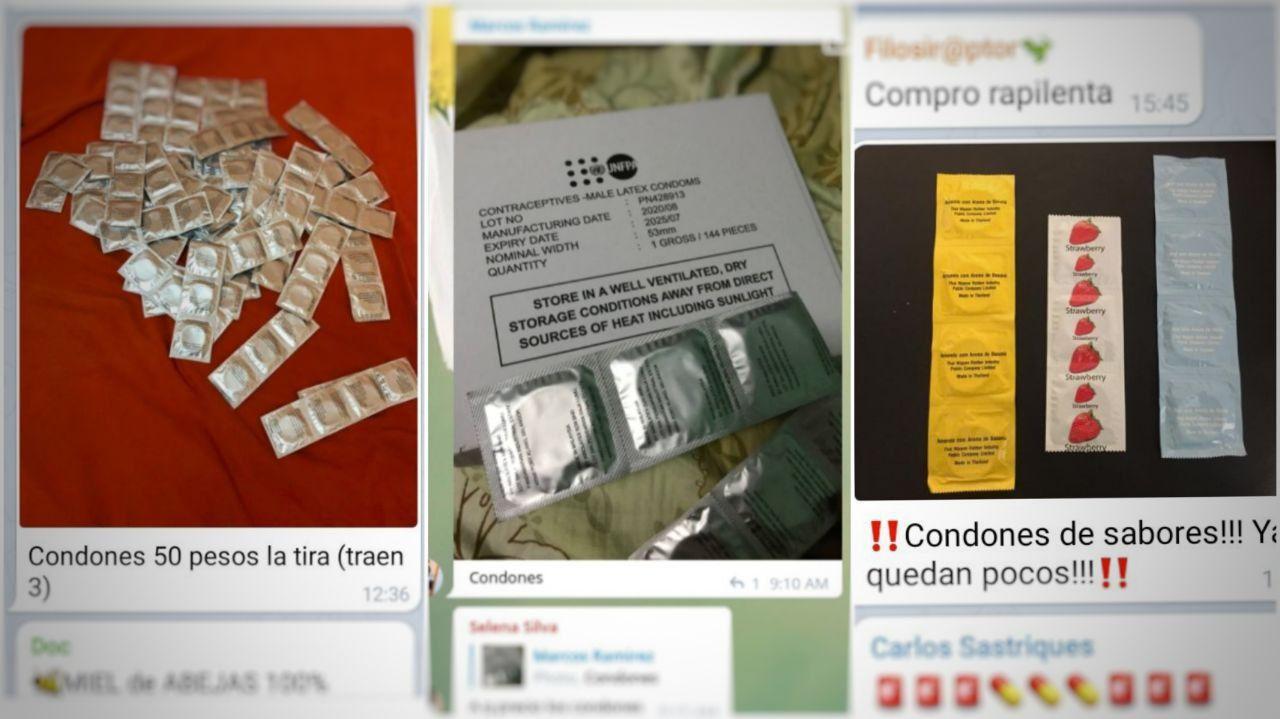 With or without a condom

In the not-too-distant past, condoms in Cuba were used as birthday balloons, for fishing, for wine-making, as elastic hair ties, and were used to give shine or simulate a kind of “varnish” for wooden pieces.

Alexis Mourelo, who is behind the Open Mind blog about homosexual relations and safe sex, has recently found himself faced with the dilemma of violating what he preaches or not.

“I bought a packet of 200 condoms “abroad”, a year ago. I only have about three left. They lasted me quite a while because I had a boyfriend for almost a year. We used them in the beginning, but then we both got checked, we were healthy and trusted each other, so we did it without protection,” he says.

In a special report on this issue, Alma Mater magazine recommended recycling condoms, with an illustration. They should be washed without detergent or diluents, which should ensure their lifespan, because they’ve been “tested electronically”.

The idea of washing condoms has been on many Cubans’ minds. Others look at plastic bags as an option – half in joke, half in all seriousness.

Roger and Rocio have a stable relationship, they live together in their own home and aren’t thinking about having any children for the time being. Shortages haven’t affected them yet. Her father is a doctor in Portugal and he puts away the condoms he gets at his workplace.

“I hold onto them for times of crisis,” the boyfriend explains, who adds that they mostly practice coitus interruptus because of a shortage of the most effective contraception.

“I’ve started to assess the use of goat stomach. My grandmother gave me this gem of advice. She told me that the rural guajiros used to use it before. You have to wash it really well and put it on, although that’s harder to do and goats can’t be found,” he says laughing.

He isn’t in the worst situation, though. Monogamy makes coitus interruptus an option, but Llilena can’t even contemplate this. She describes herself as an independent woman and feminist, and she defends her right to have different sexual partners; something that has become quite difficult, as of late.

“Condom shortages are a huge problem. You’re exposed to STIs and an unwanted pregnancy if you don’t use them. For example, I wouldn’t like to have a child right now given the current situation here: the pandemic and economic hardship,” she says.

She says that she had “a scare” at the beginning of the lockdown. She had really strong pain in her ovaries. She went to the doctor to rule out an ectopic pregnancy and she was received at the door, explaining that all of the services were backlogged because of COVID-19. She went back home without getting any answers.

“It’s really tough when they’re limiting your right to have a free sexual life, that it would seem like this shortage of condoms is to encourage you: Get pregnant! Birth rates in Cuba are dropping!”.

Magela is a trans woman in Ciego de Avila. She is also being affected by condom shortages. “We are exposed to many diseases and this whole business of “taking a cold shower to cool down” is a big lie.”

A research study carried out in 2016 and 2017 revealed there were socio-cultural and structural barriers with the persistence of social taboo and doubts, a low-risk perception among women with a stable partner, shortages in drugstores, etc.

The results also proved that condoms sold in Cuba “are not at all attractive for specific tastes, which don’t satisfy demands for different genders. The HSH (men who have sex with other men) group are demanding that condoms be bought in different colors, flavors and textures, as they find them more attractive for sexual relations.”

The inexistence of “non-traditional retail points (cafes, nightspots, bars and others) established in past years is a barrier for better condom access in different places and at different times of day,” the study says.

Unsatisfied demands also highlight: the absence of female condoms and lubricants on the market; very little product variety (only the Vigor and Momentos brands are sold); the non-existence of condom machines and legal regulations that allow condoms to be sold at private businesses.

At the time of the study, the subsidized price for condoms (1 peso per box) was one of the things in its favor; however, with shortages and higher prices on the black market, this is now another barrier for condom use. 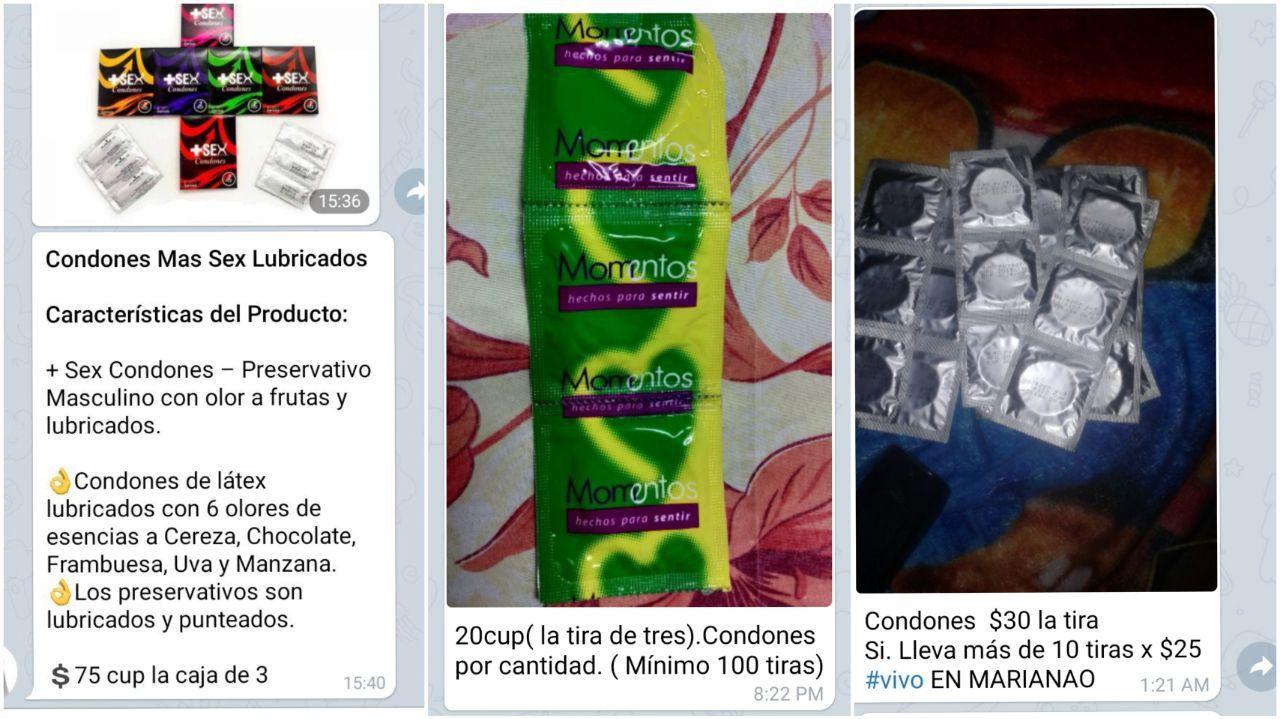 Tamara Garcia also says that when she was pregnant in 2020, she had to take her own condoms to OB-GYN appoitments, for transvaginal ultrasounds or cervical checks.

“The doctor asked me to bring one if I had one because they had run out. They even used gloves sometimes, but luckily, I had some condoms put away,” she remembers.

While there is a will to promote protected sex in Cuba, the “disappearance” of condoms works against the prevention of unwanted pregnancies and STIs, where millions are spent in treatments.

Condom shortages won’t allow for an increase in births, like some people have suggested. It also won’t make Cubans choose abstinence.

“When my reserve ran out, a Spanish friend brought me flavored condoms and I’ve been getting by with those for now. Then, I’ll have to buy them for an exorbitant price,” Villa Clara local Julian Ibañez says. “I have three left and I’m thinking about washing them.”

"Dignified" Poverty, Cubans’ Limitless SacrificeLiving in Cuba, a Surreal Chronicle of Post-Pandemic TimesLess Chicken from the US Would Benefit Cuban Pork ProductionWho Really Benefits from US Funding for Cuban Entrepreneurs?Recycling Materials Is a Natural Must-Do for CubansLa Crema Covers Cuban Reality Better Than the TV News