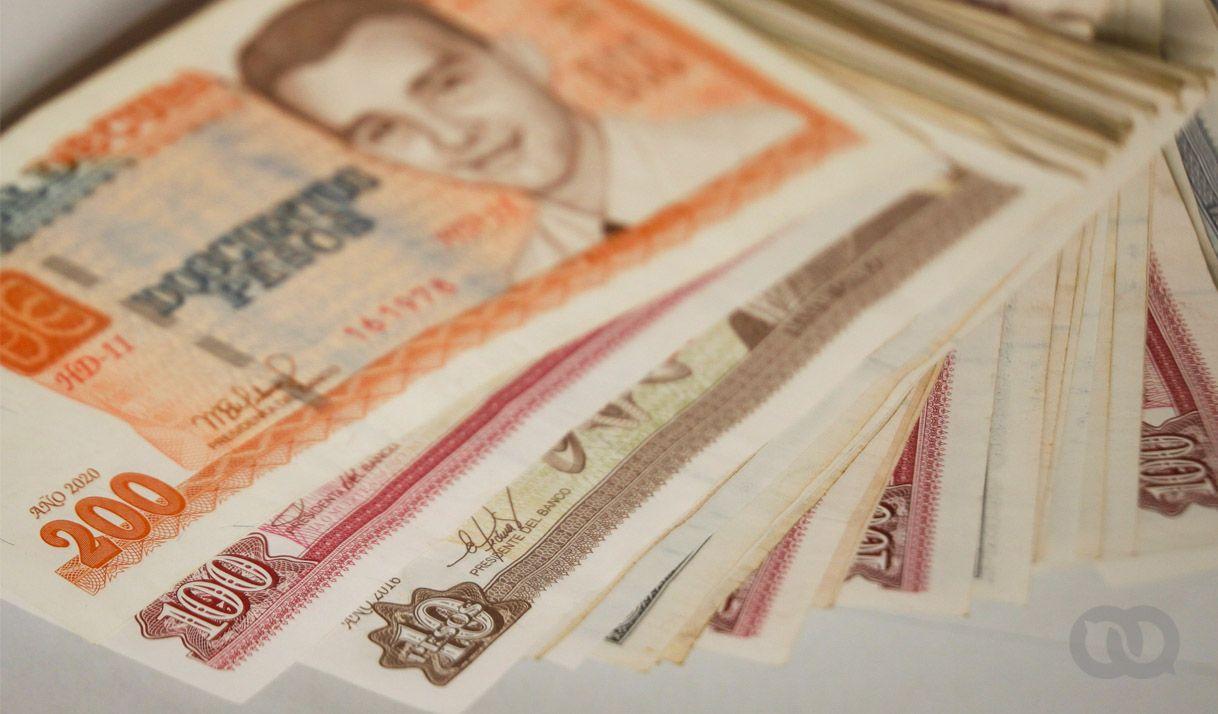 Cuba Ups Its Official Purchase Rate for US Dollars by 500%

The Minister of Economy and Planning, Alejandro Gil, announced on August 3rd, the first measures for the start of a foreign exchange market in the country. As of Thursday, the purchase of US dollars from individuals will begin at banks and change houses with a reference value of 120 Cuban pesos (CUP) for one US dollar. The official rate had been 24 x 1 until today, while the informal market had been hovering around 115-120 x 1.

The exchange however is one way. The government wants to compete with the illicit market for the dollars but does not sell them at any price. The measure will apply to the purchase of various foreign currencies such as the euro, the Canadian dollar, the pound sterling and the Mexican peso.

A week ago, economist Miguel Alejandro Hayes, anticipated the creation of a foreign exchange market where its main function would not be to sell but only to buy (foreign currencies).

“The Government responds to a fact: cell phone recharges are no longer attractive from abroad (Gil affirmed it) and foreign tourists change their money in cash in the informal market. The Government stops collecting all that money directly and a simple way to capture it is to offer an attractive rate for tourists to change in state institutions,” Hayes predicted.

According to Alejandro Gil, the exchange rate of 120 CUP for one dollar is only for buying. “When we start the purchase-sale, a balanced exchange rate will be set.” However, Gil did not clarify when the Cuban State will launch the sale of foreign currency to individuals, through its banking institutions.

Regarding this last point, Gil, also the deputy prime minister, announced that when the sale of foreign currency begins, limits will be set due to the high demand that exists.

Cuban economist Mauricio de Miranda said that Alejandro Gil’s statements about the impossibility of establishing a single (buy-sell) exchange rate for the entire economy are erroneous. In the expert’s opinion, a single exchange rate is needed since the strength of the markets lies in its transparency.

De Miranda emphasized the importance of establishing an exchange rate governed by the market and not by a fixed exchange rate that will bring distortions in the country’s economy.

During the Round Table TV program —in which the news was revealed—, the president of the Central Bank of Cuba, Marta Sabina Wilson Gonzalez, explained that the foreign exchange market will work for all individuals, who will be able to sell foreign currency to the banks. Customers will be able to decide if the Cuban pesos they receive are transferred to a magnetic card or delivered in cash.

“People can sell through transfers they receive from abroad. If you receive a foreign transfer and need national currency, you can indicate that it be credited to your CUP peso account. In the same way, it can be done in cash”, stressed Wilson Gonzalez.

However, Gonzalez pointed out that commercial margins will be more favorable for electronic transactions over cash.

The implementation of these commercial margins constitute a “contribution” of the Cuban monetary authorities, explained Mauricio de Miranda.

“The margins that are established in the foreign exchange markets elsewhere are those that exist between the purchase and sale exchange rate. In that difference is the usefulness of the banking exchange rate. This is not what happens in Cuba. Applying that margin and selling at 110 pesos in cash, the only thing it means is the recognition of the informal market exchange rate that they had criticized for so long,” said De Miranda.

The director of the Central Bank of Cuba clarified that foreign currency purchase operations will be implemented in bank branches in all provinces, except in 40 municipalities where the conditions for it do not yet exist. The branches are located depending on the population level and the potentialities of the banking system.

Alejandro Gil pointed out that this measure “does not affect the State business system, where the 1×24 exchange rate is maintained. The imports that enter do so with that exchange, as well as the exports that are generated in the country”.

The economy minister concluded saying that the ultimate goal of these measures is to achieve a society with the greatest equity and social justice possible. However, this is quite unlikely.

As Miguel Alejandro Hayes explains, Cuban citizens are aware of the Government’s investment priorities: hotels. “If you collect a lot of currency, you will have to pay debts… and if you collect too much…, no, that doesn’t happen. He asked, once the (same) government had enough foreign currency, did the purchasing power of wages increase?

“In the brief boom period at the end of Obama’s term, the increase in foreign currency did not represent an improvement in the living conditions of people not linked to tourism, nor did it significantly increase social assistance or state wages, but, both in 2015 and 2016, for example, food shortages in the country increased. It will not increase buying power now either, it does not have to, nothing forces it to. On the contrary, the Government made new laws to protect itself while serving the interests of the economic power of the Cuban elite),” Hayes explained.

Mauricio de Miranda assures that the function of a state shouldn’t be to accommodate the markets according to the interests of the authorities. “In reality, the economic authorities have the fundamental responsibility of ensuring the development of a country, while recognizing the objective nature of economic laws.” Something that the Cuban Government does not seem to understand.

Alejandro Gil, a Salesman of Wonders & New Economic MeasuresCuba Between Hotels and Rubble"Dignified" Poverty, Cubans’ Limitless SacrificeLiving in Cuba, a Surreal Chronicle of Post-Pandemic TimesLess Chicken from the US Would Benefit Cuban Pork ProductionWho Really Benefits from US Funding for Cuban Entrepreneurs?