House/Apartment Prices in Cuba: Where Is it Cheaper to Buy?

There have been plenty of ads selling houses and apartments in Cuba over the past few months. It’s normal for people to include furniture and electrical appliances as part of the sale. Raising money needed to embark on a migrant route to the US is the reason why many are being driven into this business. With a wide variety of options and questionable demand due to cash shortages on the island, we ask: what is the price of houses and apartments in Cuba today? How much do people end up paying by the end of the transaction? Who are the buyers?

In episode 95 of El Enjambre, a podcast by elTOQUE, Camilo Condis, Lucia March and Maykel Gonzalez answer the first of these questions. The El Enjambre hosts talk about an article by Cuban journalist Yandry Fernandez Perdomo, who now lives in Spain and carried out a study about the housing market on the island, using graphs and illustrative data.

Cuba’s housing market has faced its fair share of problems after 1959. The Urban Reform Act in 1960 gave properties to the people living in them, prevented their sale or rent, abolished private construction until 1970 and got rid of mortgages. Nevertheless, houses were still being sold during this period on the illicit market, as journalist Fernandez Perdomo explains. It wasn’t until 2011 that Raul Castro’s Government authorized the sale and purchase of homes between Cubans and foreigners living on the island.

Camilo explains that, according to Fernandez Perdomo’s analysis, the most expensive provinces to buy a house in correspond to important tourism spots such as Moron, in Ciego de Avila; Varadero and Cardenas, in Matanzas; Viñales, in Pinar del Rio; Trinidad, in Sancti Spiritus; as well as central municipalities in Havana.

Fernandez Perdomo also published a graph which reveals that an independent house can cost double, triple or quadruple that of an apartment, regardless of the municipality it’s located in.

“Yandry Fernandez ends his article by comparing house prices with the average wage in Cuba, which is around 4,000 Cuban pesos per month (approximately US $40, according to the unofficial exchange rate), which is very far-removed from the price of a house. It would take an “ordinary” person 77 years to pay for an average apartment with their entire wage,” Camilo says.

The freelancer and podcaster compares this analysis to a similar study published by OnCuba in 2014, based on over 15,000 ads on the porlalivre.com website, between August and December 2013. “I was very surprised to discover that Havana is where prices have increased the least since then. The average house price in the capital in 2022 is lower than it was in 2014. That year, the average price was $41,185 and today, it stands at $40,560. Prices have gone up quite a bit in all the other provinces, though.”

Camilo says that while it’s a well-known fact that people are selling their homes today to emigrate, the question would be to investigate who is buying these people’s homes, who are getting rid of everything to leave. “It would be very interesting for an independent media outlet to investigate this.”

“My theory is that not many houses are being sold because there isn’t a lot of cash around,” Maykel points out. “There are lots of ads, but very few sales. My other theory is that these prices aren’t the final value. I know people who have taken a while to sell their homes because nobody had so much cash. They have no other choice but to lower the price. It’s a complicated issue.”

The El Enjambre podcasters also spoke about the latest fuel crisis on the island. “Long lines of vehicles taking up entire blocks could be seen at every CUPET gas station across the country. They didn’t have fuel all of a sudden, or sales became regulated,” Lucia says.

The young woman delved into what the causes of this problem might be. She talked about a note published by the State Electric Company about the unforeseen shutdown of the Antonio Guiteras power plant from the National Electric Grid, for almost a week. Days later, the newspaper Giron de Matanzas announced on its Facebook page that fuel sales would be regulated at gas stations for natural persons from March 20th, because of problems in supplies to gas stations.

The note also informed that up to 10 liters of gasoline and 20 liters of diesel had been authorized, for container sales. In the case of filling up a car’s tank directly, the limit would be 20 liters of gasoline and up to 40 liters of diesel. “It’s not a result of a fuel deficit in the country, but of poor logistical assessment of distribution by Transcupet, who are responsible for supplying their establishments and who only have 62% of their fleet working at the moment,” the institution’s announcement explained.

“They say that these tankers need to prioritize diesel for generators, which are crucial given the temporary electricity crisis across the country. When this task is done, they can go back to supplying gas stations in the province. It seems that these tankers to transport fuel aren’t good business, because if they were, they wouldn’t have 38% of their fleet idled. On Tuesday March 22nd, all of the gas stations woke up in Havana with long lines and I know people who waited 10 hours to fill up their tanks. There were also blackouts lasting several hours in different provinces,” Camilo adds.

The young podcasters talked about information from CUPET (Cuba Petrol) about the causes of distribution problems of diesel and gasoline to national gas stations, including an increase in demand.

Given the Guiteras power plant was reintroduced into the National Electricity Grid, the El Enjambre hosts are hoping everything will return to normal soon. If these explanations aren’t real and there really is a fuel shortage in the country, lines will continue. 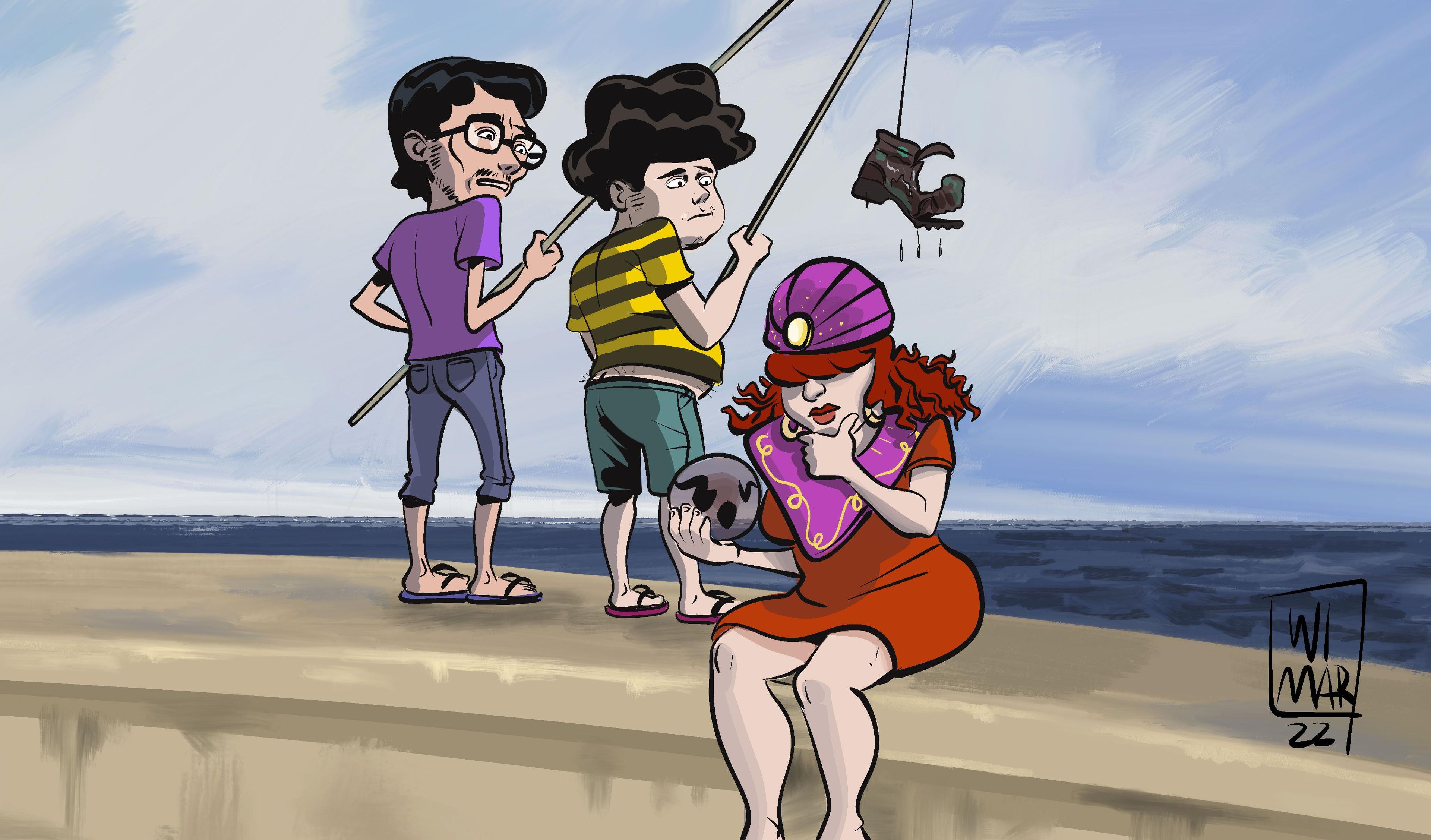 Lucia, Camilo and Maykel also gave an update about complaints filed against folk singer Fernando Becquer – with another 30 women coming forward in recent days – and statements published this week about 11J Protest trials. They questioned the six-year-prison-sentence for young Yoan de la Cruz, for filming the protests in San Antonio de los Baños.

Follow this link to listen to all El Enjambre episodes in Spanish only.

Can Cuba Choose Not to Pay Off Its Debt?No More Hate, Only Love Can Save CubaThe Weight of Repression in 2022 on Cuban Civil SocietyCuba’s Shortages & Blackouts: Ideal Setting for Crime SurgeState Companies’ Inefficiency and News on the Cuban EconomyTurkish Powerships in Cuba, a Plan We Know Little About