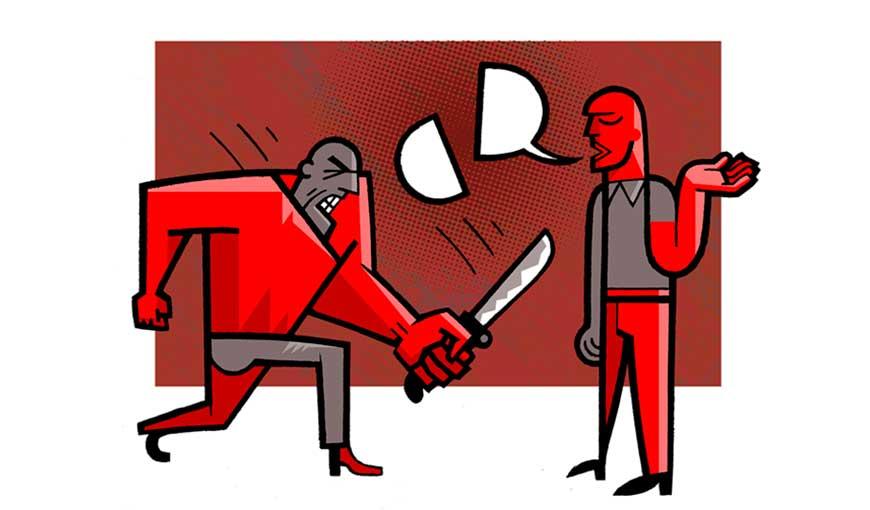 Is Dialogue and Understanding Possible in Cuba? 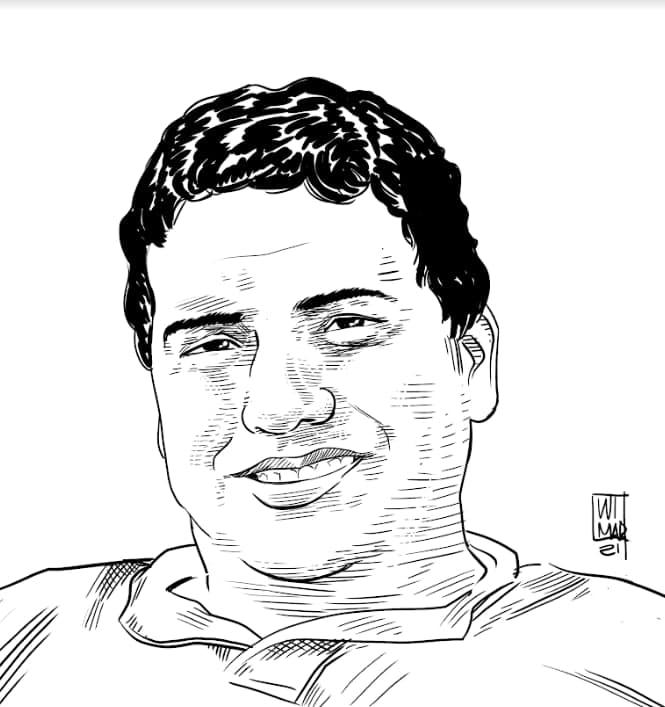 “Understanding comes from talking things out.” This is what grandmothers say on balconies, in front of the TV, advising their grandchildren to be calm, understanding and tolerant of differences.

Young people are no longer interested in cakes, just like our ovens, which haven’t seen cakes in a year.

New generations haven’t been trained in the art of dialogue. However, they demand it, because they feel like there’s something in it. Something hidden, in deliberation, that might be able to ruffle up the rigid and square body of bureaucracy.

“Let’s rock the boat,” young people seem to sing. Like the lemurs from Madagascar that play around, because you can be young, happy, optimistic, and still want the best for Cuba, for Cubans, for this unlocked poem that is the Homeland.

There are people who don’t want to know anything about a dialogue, who don’t want livestreams of those troublemaking youth demanding freedom of expression. People who clap when some [government] journalists roast a fallen artist and intelellectual on the news, and crush them with half-truths, with absolute lies and media manipulation.

There are others who don’t swallow one more pill of misinformation and propaganda. They turn off the TV at 8 PM when the official news show begins, or they switch to watching documentaries about Ancient Rome. There’s nothing healthier than seeing how people had the same problems as us, more or less, over 2000 years ago.

Other viewers are more evasive and have switched over to [pirated] cable TV a while back, so they can enjoy music and comedy shows, sometimes featuring presenters and actors who you might have seen on more serious, gloomy, timid and boring national shows.

We’ve spent far too many years fleeing. Problems are solved by talking them over, avoiding placing the blame, turning your back and not your face. This is why asking for a dialogue is an exercise that demands all parties involved to make an effort. Those of us who ask for it, don’t know what will happen. Those who should be sitting down to talk to complainers prefer not to talk about anything other than when the next board meeting will be.

We Cubans spend our lives waiting for the person we want a favor from to open the door for us, so we can shout in their faces: “stick your nose where it belongs!” This Cuban way of being really explains our attitude to problems. Our custom of being paralyzed because of preconceptions and resolving our dilemmas of existence, coexistence, and negotiations with insults, censorship, and violence. It’s easier to push your potential opponent away, rather than convince them or respect their differences.

Our inability to sit down and have a conversation exposes our lack of debating skills and our civic shortcomings. We haven’t been taught how to have a debate. It does not happen in schools. The art of expressing something with words, of counteracting ideas. Of repeating, and capturing your audience’s attention, of the people you want to join an effort or struggle.

Dialogue doesn’t form part of our idiosyncrasy. A portrait of the Cuban people isn’t painted with people having a conversation. We have chatterboxes of course, we have liars, the hypers, boasters, exaggerators on street corners, know-it-alls, people shouting when playing dominoes. But we don’t tend to be calm in our conversations, nor tend to have restraint when we are talking about heated issues.

However, anything can be learned. The Cuban people’s general culture can be channeled towards this energy. But it needs to be taught, just like when we learned narrative techniques on the Universidad para Todos TV show, when we received Italian language classes on Canal Educativo and we became experts in tropical cyclones after hundreds of classes on this subject.

A culture of peace, conflict mediation, respect for others, understanding the diversity in human culture, consideration for people’s different life stories, is needed to enter a different period in our history.

It isn’t a matter of emulating the Swiss, or Scandanavians, or Parliaments of noblemen in wigs. It’s rather a matter of learning from the intelligence, calmness and tolerance of those who have been arguing key issues in their countries for a long time. Meanwhile, our lawmakers and politicians don’t even do this even to play the game.

Experts in certain issues are not the only ones with the right to debate. We all have the right to speak, to say what we think, to identify our mistakes, to discover when we hit the nail on the head. Likewise, to hear arguments from those who think differently and to make our own decisions. Deciding for ourselves where and how we are on the political spectrum.

Maybe this is dialogue’s main enemy here in Cuba. Dialogue may lead to people making decisions that are different to what the ruling class wants. Dialogue might teach us that we also need to listen to other voices. Maybe the enemies of dialogue don’t want to lose their monopoly control of the political landscape, of loudspeakers, of shop windows. However, dialogue is preferible than standing stuck in quicksand.

Animal Rights March in Cuba, Despite No AuthorizationMe, a Mercenary?They Will Not Silence UsLayoffs and Threats for Supporting Cuba’s July 11 ProtestsFact Check: “Nobody is Punished in Cuba for their Thinking”Bartering on Telegram to Navigate Cuba’s Shortages