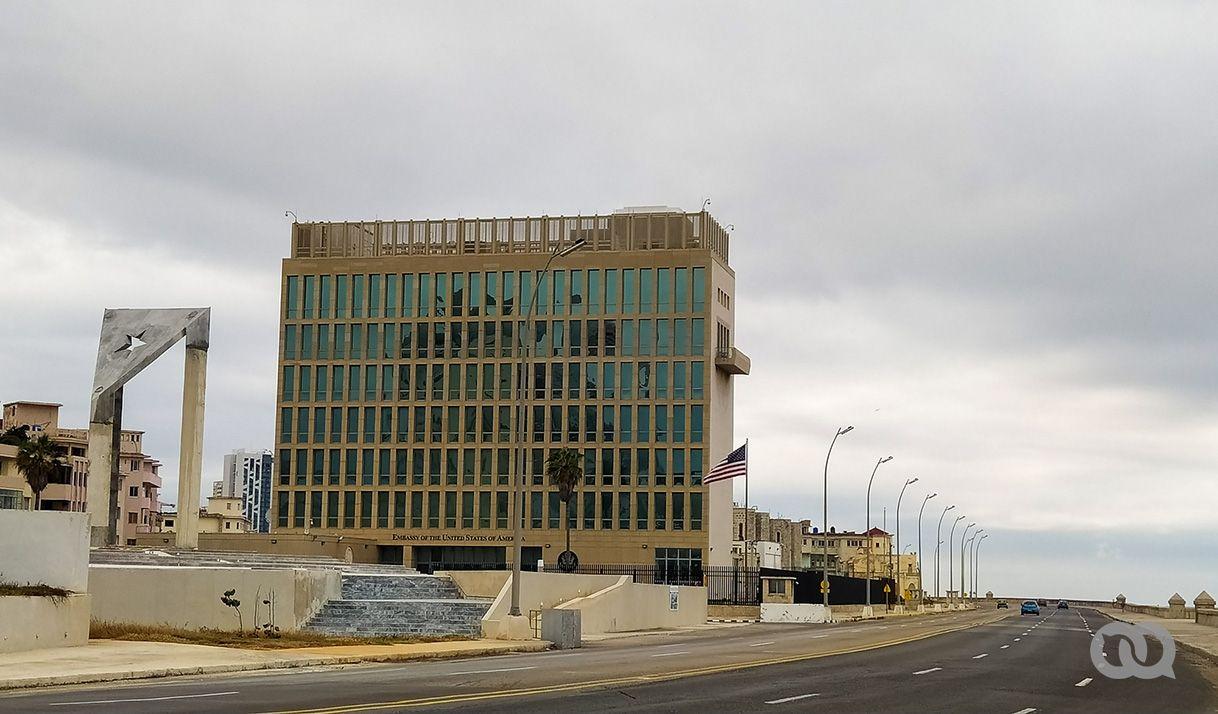 Timing conditions political announcements. This is one of the key problems with the US Government’s declaration. Photo: Yaritza Guirado. 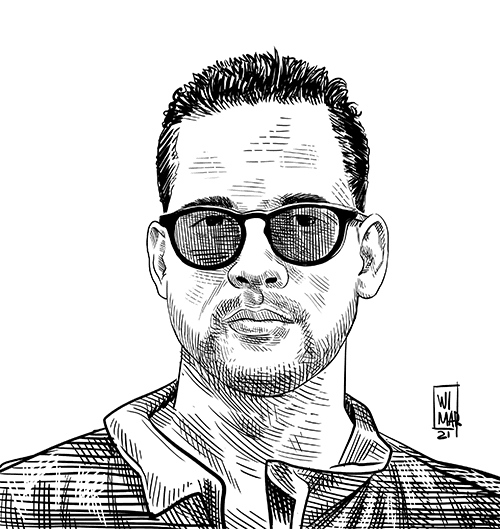 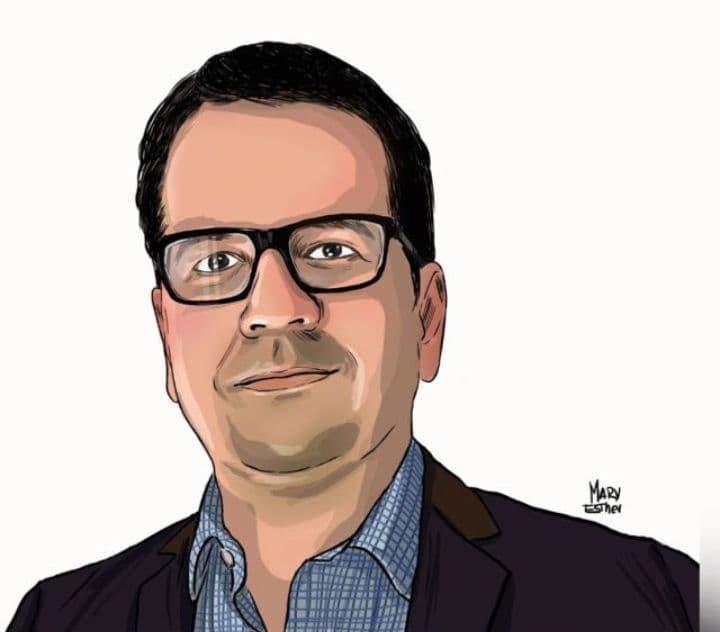 Measures announced by the Biden Administration lack creativity (although this was expected), and have come at the wrong time, politically-speaking. They resemble the incomplete replication of Obama’s policy for a Cuba that isn’t anything like the Cuba during the “thawing” process.

Some of the measures, such as increasing the influx of remittances, had been announced since July 2021, after a meeting between the US president with members of the Cuban community at the White House – just a few days after the largest social protests Cuba’s seen since 1959.

That said, the Biden Administration announced relaxations of this measure on May 16, 2022, the day after the National Assembly passed the new Penal Code that further restricts Cubans’ freedoms and rights.

The contents of the Biden Administration’s announcement also reveal that the domestic situation in Cuba – hundreds of political prisoners being taken to court and imprisoned and the passing of an abusive Penal Code – hasn’t been taken into account when making such decisions – or at least at the time of announcing them.

For example, the US Government announced that it will be working to increase support to independent Cuban entrepreneurs. One of the likely displays of this support will be these entrepreneurs having access to microfinance from the US.

A statement like this completely fails to recognize the impossibility – regulated by the Cuban Government – of Cuban entrepreneurs – even when they form part of SMEs – of being able to legally receive foreign investment or funding. It also ignores hiked up restrictions – including criminal sanctions – or surveillance those receiving foreign funds are subjected to, as they are not connected to (or tolerated) by the Government.

The trend hasn’t been a total and unlimited opening of this private economic sector on the archipelago. On the contrary, expanding this sector was considered a necessary evil and many people believe that it was desperately implemented because of the result of the 11J protests, as it had been delayed for a long time. The Biden Administration’s announcement seems to recognize – albeit mistakingly from our point of view – that growth of the Cuban private sector has been natural and that the US executive power’s plans could accelerate it – although some of them are unfeasible in Cuban reality today.

At the same time, this series of measures seems to respond to the migration crisis caused by Cuba in conspiracy with its Nicaraguan allies. Furthermore, it falls back on Biden’s election promise, which was at a standstill because of the Cuban Government’s stance. It’s likely that pressure from Latin American Governments in the lead-up to the Summit of the Americas, that will be held in Los Angeles in June 2022, is also playing a role. The Biden Administration might have thought that these measures would help to get on the good side of those who are reluctant to take part in the conclave and prevent the Cuban issue from taking center stage at the meeting.

The bulk of the measures proposed by the US Administration are humanitarian in nature: increasing the number of flights to Cuban provinces and resuming consular services, as well as the family reunification program. They are also proposing to eliminate the limit on remittances. The latter has been discussed at great length. Many people believe it’s a mechanism that benefits the Cuban elite linked to those in power and not your ordinary folk.

A limit of 1000 USD per trimester had been placed on remittances up until the announcement of these new measures. This is the equivalent of approximately 333 USD, which Cuban-Americans were able to send back to their families every month. In order to get a better idea of the impact of removing this limit on remittances, we need to first ask ourselves how many members of the Cuban diaspora community are able to send over 333 USD per month to their family members on the archipelago. It’s also worth asking how and who are the beneficiaries in Cuba that receive more than this figure?

The Biden Administration’s announcement doesn’t specify whether the measure regarding remittances is the result of a recommendation from the Remittance Working Gorup – created in mid-2021 to study the best way to get remittances directly to the Cuban people – or a return to US-Cuba policy before the Trump era. This isn’t a trivial detail because, despite the Administration announcing its desire to “guarantee remittances reach the Cuban people more freely and not fill the pockets of those committing human rights violations, they aren’t proposing a concrete means to achieve this – aside from getting rid of the limit.

These measures don’t represent a total return to the “thawing” process in the Obama era, but they aren’t reversing Trump’s policy completely either. Meanwhile:

– Titles III and IV of the Helms-Burton Act remain in force, after being waived for decades since its implementation.

– Cuba is still on the US’ State Sponsors of Terrorism list and on the list of countries that restrict religious freedom.

– Shipping companies or cruise ships aren’t back yet.

On the other hand, the list of organizations sanctioned by the US Department of the Treasury remains in force, which makes it hard for many of the announced measures to be implemented – accommodation for groups visiting Cuba, for example. The section detailing support for the entrepreneurial sector – beyond the contradictions I’ve outlined above – doesn’t reveal any concrete breakthroughs, as the announcement only specifies that “options will be explored”, which reveals little progress and is in line with what the Biden Administration has announced at other opportunities.

In a nutshell, these measures are mostly humanitarian in nature and could have been announced at a more opportune time, politically-speaking, and with less restrictions on Cuba’s civic space, like for example in Spring 2021, (when the Cuban health system began to collapse with the COVID-19 pandemic).

Timing conditions political announcements. This is one of the key problems with the US Government’s declaration. The timing of this announcement reveals shortcomings in US political strategy when it comes to Cuba. A strategy that, far from leaning towards proactivity and creativity, is reactive; which makes it an easy prey for pressure created by the Cuban regime (migration crisis) and Latin American Governments (including Cuba at the Summit of the Americas).

It’s likely this pressure was the reason the US Government was forced to also include measures, in this last series, that have been proven to benefit the Cuban regime, such as cultural trips.

These “exchanges” – which are selective among other things – have been used by the Castro-line influence apparatus to project propoaganda and seek international legitimacy, thanks to support from the foreign far-Left (in political and intellectual terms), which perpetuates censorship and silencing dissident and independent voices, which are being challenged by the Cuban press and intellectuals. At this point in time, cultural exchanges without the basic requirements of consistency and reciprocity – such as exchanges at the heart of the US academic network like LASA – will only benefit Havana.

A better thought-out, smart US policy is needed, that seeks to empower potential agents of change both in and outside of Cuba, that shows to the Cuban people and international community that the Cuban regime is the obstacle to national development, and not the US Government.

Thus, US policy towards Cuba needs to put human rights at its heart, as well as looking out for and assisting activists, political prisoners, and their families. Empowerment of a privileged sector in economic terms, which dissidents of official policies will never belong to – because of the regime’s blockade, shouldn’t be the only trump card Biden has up his sleeve to contribute – like it set out to do – to democratize a Cuba that is nothing like its former self in 2014.

US policy needs to also go hand-in-hand with a communication strategy addressed to the Cuban people.

When the US decides about its own policy, and Cubans must wait and see whether this will come to a halt, or whether its part of a process, just beginning, of making sanctions more flexible. But furthermore, we have to keep an eye on whether the regime will answer with liberalizing – economic or political – measures and what their scope will be.

This monitoring will allow us to assess the efficiency of a policy that is for us in theory; but something we can’t control because it isn’t ours.

El Toque: a Social Innovation Project for a Transnational CubaBoy with a Flag During the 11J Protests Escapes from CubaEditorial: “The Night Will Not Be Eternal”La MLC nos habla del dólar

What We Know about US Humanitarian Aid to CubaBiden’s New Measures, US Companies and the Cuban MarketLess Chicken from the US Would Benefit Cuban Pork ProductionWho Really Benefits from US Funding for Cuban Entrepreneurs?What Changes Came Out of the Cuba-US Migration Talks?Is US-Cuba Immigration & Remittances Policy Loosening up?

Cuba Ups Its Official Purchase Rate for US Dollars by 500%Leaving Cuba: The Last to Say GoodbyeWhat is El Toque’s Currency Rate Watch Good For?

El Toque: a Social Innovation Project for a Transnational CubaBoy with a Flag During the 11J Protests Escapes from CubaEditorial: “The Night Will Not Be Eternal”La MLC nos habla del dólar