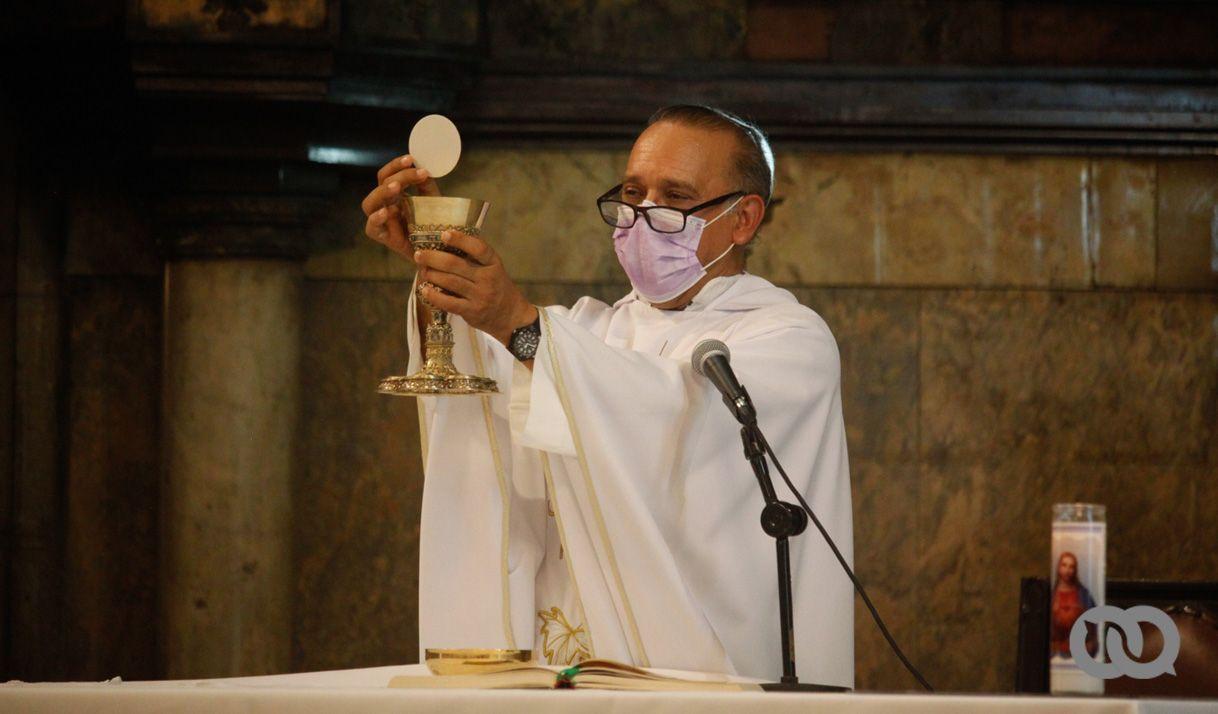 No Flour and No Sacred Hosts in Cuba

The Havana religious order Madres Carmelitas Descalzas announced on November 2nd the paralysis in the production of sacred hosts for all the dioceses of Cuba due to a shortage of wheat flour.

The announcement on the official Facebook page of Vida Cristiana, a Sunday publication of the Society of Jesus, stated: “There are no HOSTS for sale. We have been working with the little flour that was left and what was in reserve has already come to an end.”

The Madres Carmelitas Descalzas are a cloistered religious order dedicated to monastic life. Part of their meager income is the result of the sale of sacred hosts, which they have been making for decades to be distributed in the country’s Catholic churches.

Unleavened bread circles are essential as part of the Catholic rite of the Eucharist. Cuban historian Leonardo Fernandez Otaño confirmed to El Toque that “without hosts there is no mass.”

In the religious context, the host is a thin, circular, dry wafer made with unleavened wheat flour that is given as a sign of offering during the Eucharist. For Catholics, during the consecration, the host becomes the body of Christ and the wine becomes his blood.

Adrian Martinez Cadiz, correspondent in Cuba for the US television network Eternal Word Television Network, echoed the nuns’ statement and said: “With this the Catholic Church would find itself in a bind, because without the hosts it is not possible to celebrate the Eucharist”.

Fernandez added that such a situation does not mean that masses would not be celebrated on Sunday November 6th, since each parish buys several packages of the product and stores them. “When the reserved hosts run out, there won’t be any to replace,” he added.

The Carmelitas Descalzas depend on the government allocation of flour to maintain their production. A source consulted by El Toque assured that there is a contract between the Government and the Catholic Church for the supply of wheat flour: “It is not free, as a result of the flour crisis, that contract has not been fulfilled, with which the Host production service has also been affected.”

“Normally, flour goes a long way. With a sack of flour the demands of the month are covered. Therefore, the need is around 12 bags per year. The number of hosts produced is not very easy to determine, but there are thousands,” the source said.

He also added that among the alternatives to solve the new problem would be for the Government to honor its contract with the Church. The other variants would be in the hands of civil society and believers: donations to accounts in the magnetic MLC currency to access flour from those dollar stores and importation of hosts by individual citizens, so that the Carmelites could sell them. “They really sell them very cheap and support themselves a little. They are women who live in almost extreme poverty because of their vows,” he said.

The host is a flat piece of unleavened bread, round and very thin, that the Catholic priest consecrates during mass and gives to the faithful in communion.

Another crisis, the flour shortage

The Russian invasion of Ukraine has affected the world economy. Ukraine is one of the largest cereal producers in the world and its wheat production represents 10% of the world market for the product.

The Cuban government is a well-known ally of the Kremlin, but the crisis generated by the war reached the Caribbean to increase shortages and unrest. Thus, the price of a ship of wheat at the end of October 2022 ranged between 14 and 16 million dollars. Cuba needs to import between three and four monthly shipments to meet national demand, Yanet Lomba Estupiñan, technical director of the Cuban Milling Company, told Cubadebate. But due to lack of funds, only between one and two ships are received per month.

The flour shortage in Cuba has been in the headlines of the official and independent press for months. It is not something new. On October 26, 2022, the government’s Cubadebate admitted in a report that the supply of flour was “critical.” Lomba Estupiñán argued that this is because “at the moment there is no stable financing for the purchase of wheat.”

In addition, the grain delivered to the Cuban mills does not have the required parameters: “it has very poor quality, a lot of straw and impurities,” said Yuneisi Tamayo Lamoru, technical head of the “Jose Antonio Echeverría” Cereals state company.

The text argues that there are several causes for the increase in the price of wheat on the global market, among them increased freight costs. It further adds that, in the case of Cuba, the United States embargo is added as an aggravating circumstance.

In August 2022, a rumor spread in Havana that there was no flour and that the production of pizzas, cookies and non-rationed bread would be affected. In the middle of the month, at the meeting of the Temporary Work Group of the capital, the coordinator of the provincial government Julio Martínez Roque reported that only “the family rations, the prison population, children without family protection, homes for the elderly, psychiatric hospitals and that of the Cuban Chain of Bakeries” would get flour.

Days later, the Ministry of Domestic Trade confirmed the shortage by saying: “the difficulties for importing wheat have worsened, which has affected the availability of this product.”

To this day, the reality is that the scarcity of wheat, quality problems in what they do import, and other factors derived from poor economic management by the Government affect whether or not Cubans can put bread in their mouths, when this food constitutes many cases the daily food of many. The shortage now also affects Catholic masses in the country.

When Celebrating Christmas was a Crime in CubaJesuit Priest Expelled from Cuba How are Cubans Navigating the Flour and Bread Crisis?Pigs without feed and Cubans without porkWhat Happened in Cuba with Cockroach Milk?Veganism, Vegetarianism and Free Choice in Cuba