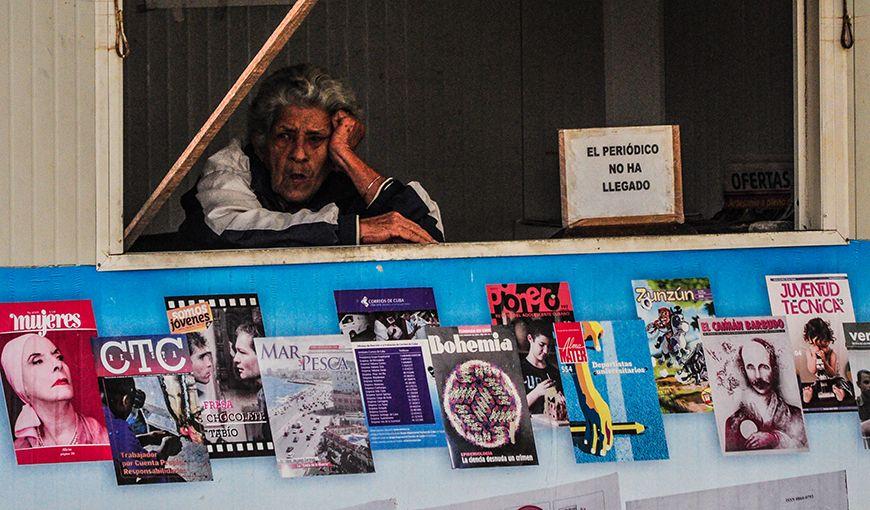 Cuba’s government controlled press has taken on another bad habit. Instead of dedicating itself to what its only job should be (journalism), it has decided to put on the Inquisition toga and purge the profession.

The good and the bad, the politically correct, opportune, ethical, desirable, the censurable or inappropriate, the uncomfortable… Government controlled media and its real owners appear to be certain of monopolizing these terms, of having the absolute truth in their hands as well as the excuse to ignore, judge and condemn in the name of the solemn certainty.

It seems that they have also forgotten along the way that there was an institution that existed eight centuries ago that believed the same thing: the Spanish Inquisition. Non-believers, witches, scientists and especially books were all burnt at the stake on their orders. The Catholic Church believed in the redeeming property of fire for those who strayed off the set out path, believing that their truth depended on annihilating any belief that was different.

However, you need a poor and sad truth to annihilate other ideas in order to win, because it isn’t kept alive with arguments, but with corpses instead.

Society has made progress since then and the techniques of the Inquisition have been refined over eight hundred years, but the impetus hasn’t. They have learned that the smell of burning flesh and the cries of those being executed can’t be shown on the TV and that pyres of books burning are the clearest image of intolerance; but they still separate those who think differently and censor and block the media.

Careful though, it’s not that we don’t have people who would quite happily organize a bonfire in the Square, but nobody wants to give a barbaric image: we have already experienced the Five Grey Years, the Parameterization and the Black Spring.

The new horde of Cuban inquisitors (not necessarily within Cuba, and not so new either) has a clear mission: destroy everything that smells of dissent, crush any idea that differs to their own. Their current focus: alternative media. Their purpose: to keep the canvas the same, playing with watercolors to give retouches here and there without changing the pre-established outline. Their best weapon: disrepute.

It’s a pitiful job for those who need to dedicate their time to track, intrigue, spin complicated conspiracy theories and defame everything that doesn’t carry the PCC Central Committee’s official stamp of approval.

Like Thomas of Torquemada’s troops, they will sadly be remembered for their legacy of segregation and hate, precisely at a time when Cuba can’t afford to leave any of its children out.

Today, when we have clear signs of the shortcomings of traditional media, Cuba needs a press that can recreate the life of a society that is changing and is sick and tired of being deceived amid a fake unanimity. It needs a press that respects the public and doesn’t treat them like mental health patients. It needs a plural press (there is space for everyone), which is diverse, creating dialogue and scrutinizing facts, instead of defaming and excluding others.

In this context, it’s about time that the people who manage Cuba’s official media finally understand that the battle for legitimacy isn’t won by trying to smear the image of others with mud. If it was a third of the professional and firm that it declares itself to be, it wouldn’t worry so much about “a group of amateur millennials” writing journalism, and would see this competition as a stimulus and not a threat.

However, that would be asking too much, I suppose, as the Communist Party’s interests lie behind every one of their actions, which can’t come to grips with the reality that they no longer hold the monopoly on information in Cuba and can barely manage to do what it has always done: satanize everything it doesn’t control without caring about lying in the process.

Maybe that’s why (because the Party decides to do so), slander campaigns against non-official media outlets continue to be common practice, the Cuban Journalists’ Association’s proven skill in segregating them is on the rise, and instead of creating a dialogue and respecting others, this organization has chosen to not recognize the work that journalists trained in Cuban classrooms create.

Just like the Spanish Inquisition in the 14th century, UPEC has been put at the service of the political power and reaches the few spaces where the State can’t interfere. The Party has an efficient political policy in the UPEC which fulfills its role as a repressor in the purges against journalists from different provinces who collaborate with new media platforms.

Sadly, their political policy is the standard bearer of intolerance, of their incapacity to build something together stemming from a difference in opinions. Everything points towards the Cuban political party in power and its police wanting to have docile, headless, submissive, people who follow orders, like the new sausage manufacturer does whose job is to fill the bun with the washed innards without having seasoned the mix.

However, they have forgotten a basic point in all of this: today, alternative journalism made in Cuba exists without the Communist Party’s financial support and consent, being a burning nail in the eye of Cuba’s power and taking over spaces in this country’s mosaic, carried out by journalists trained within the system.

And this is where the difference lies. They can’t expect well trained professionals who want to write journalism to become robots that obey orders, a lot of the time, from someone who can barely reproduce an outline they have learned after years of chomping down on (and disfiguring) a profession. Cuba’s traditional media is now a reflection of those who head it, from inside and outside the news rooms, and of the government’s failed policies which have tried to cover the real problem for years.

Their downfall hasn’t been in classrooms, it isn’t in the quality of Cuba’s journalists, but in the government’s own policy. The Cuban government is responsible for this breaking point with their inability to adapt to the new context and their obsession with controlling the media down to the very last detail.

The result is a Molotov cocktail, which has managed to create, drive and make alternative media platforms in Cuba sustainable. Media platforms which don’t want to be the other side of the story, but a complimentary platform, a space where we can make our own decisions, make mistakes, experiment and free ourselves from the expectations which were instilled in us in the classroom.

The big problem with our Inquisition is that it wants to get mental slaves where it once planted revolutionary ideas; it wants to train up skilled professionals to then strip them of the opportunity to think for themselves. And in this crusade, they charge at anyone who doesn’t fold in the face of their orders.

There isn’t any dialogue, just insults. There aren’t any agreements, just stubbornness. It’s the arrogant attitude of someone who doesn’t need anything and believes they have all of the reason in the world stored in an old, dusty bottle. It’s the pushy stand of someone who knows they have support.

“Us”, “Them” and Barriers in Official Cuban DiscourseReporting Isn’t a Crime, but in Cuba It’s Treated as SuchCuba: Luis Robles, a Year in Jail with No Trial or SentenceMe, a Mercenary?They Will Not Silence UsEl Toque: a Social Innovation Project for a Transnational Cuba