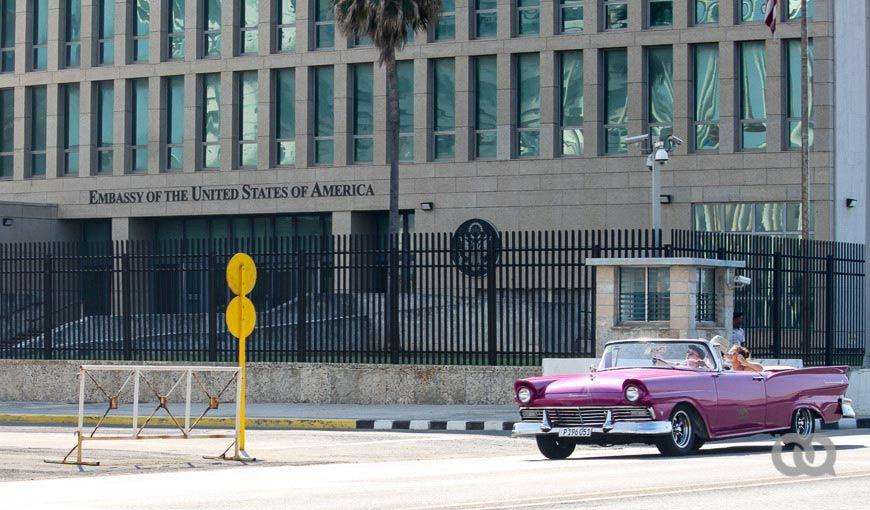 Preface: For decades, the Cuban and US governments have found minimal relations between the two countries in both of their interests. In 2014, Raul Castro and Barack Obama proposed to reverse this age-old strategy that has been upheld by “idealogues” from both governments, with the same determination; who support a very similar political outlook, even if they do opt for different expressions of State.

That attempt by both presidents failed, as the Obama administration’s time in power came to an end soon after and Cuban leaders had already criminalized efforts in this regard. However, time has passed and the island is in a frightening economic situation, with overwhelming social frustration and the government’s options limited. This is why it seems that the Cuban government now wants to take advantage of the Biden administration to establish a positive relationship.

It’ll be hard to follow through on though. Important groups from both countries having a political willingness isn’t enough, nor is Cuban leaders having an unsuspected idea for the future of the Republic – although both conditions are fundamental. A national past transformed into a never-ending present will be a burden, with implications for US domestic policy.

This wouldn’t be just a matter of international relations for neither the US or Cuban government, but is rather a matter of domestic policy. Accepting this is key.

WOLA mentions US citizens’ rights to have potential connections to Cuba, which shouldn’t be violated by the State’s own actions. This includes the opportunity to practice tourism on the island, relations between academics in both countries, as well as religious ties between these societies. That is to say, individual realities are being constricted in the US, which aren’t normally limited because of international politics. This is happening because of the great influence the US’ socio-political framework has.

A fair share of this influence comes from the electoral importance of Florida, where the Cuban community’s vote is significant, as well as other like electoral groups. However, everyday domestic politics in this country has very little interest in Cuba, and Florida electorate’s vote dominates US social dynamics and politics. This is why the vote in Florida will be more important (in most cases) than relations with Cuba.

This fact becomes a sensitive issue because a large group of Cuban-US citizens decide based on the conflict with the Cuban Government. This translates into our socio-political problems – because we are solely responsible for these and only Cubans will be able to find a solution. The Havana Consulting Group warns about this particular point. In the face of the island lacking a public space for citizens and a large Cuban emigre community settled in the US, political affairs between Cubans become US domestic policy, and they place US power in the spotlight and put Cuba’s domestic policy as a condition for relations between both States.

This significantly contributes to the dangerous climate of confrontation between the two countries. Understanding this will give way to a mature and inclusive domestic policy. It’s the only way to ensure stability in a small country that is a victim of its own demons, which have been stuffed by other geopolitical factors, and even historic ones.

The above demands that we don’t confuse the reasoning for national politics when it comes to relations between the two countries. Rights and the republic, Cuba and sovereignty, the economy and wellbeing are all key elements of this reasoning.

This will lead to the prevalence of principles such as political independence, human development and cultural integrity. Without this goal in sight, there won’t be a unifying device, or a starting point or a destination; although it would be suicide to conceive it by isolating the nation. Nobody lives an honorable life unless they are with others, even when it’s a prickly road.

Jose Marti proposed the following: “Let the world be grafted onto our republics, but the trunk must be our own.” However, even this is a challenge for us. This trunk wouldn’t be right if the republic wasn’t the authentic expression of every Cuban exercising all of their rights.

In the abovementioned documents, you realize that the beginning of proper bilateral ties demands a climate beforehand that promotes full diplomatic relations, which would mean airing out grievances over the so-called “sonic attacks” issue. Some people add that is it important for both parties to recognize the need for efforts geared towards getting rid of the embargo, the Cold War praxis, US occupation of the Guantanamo naval base and compensation for damages incurred.

In regard to the latter, Cuba would have to compensate US citizens for expropriations. US academic Richard Feinberg’s proposal “Reconciling U.S. Property Claims in Cuba. Transforming Trauma into Opportunity” is especially interesting. It focuses on a “great agreement” between both States as the result of a negotiation that clearly outlines the main purposes and for this agreement to come before other pressure points that surround these fundamental intentions – geared towards a solid strategy in the future that will contribute to the Island’s progress.

In terms of how ties are established, WOLA and the Cuba Study Group also consider collaboration efforts that are mutually beneficial for both countries, such as the well-known cooperation of forces that protect both coasts, for example. Furthermore, new collaboration efforts could include public health cooperation in the fight against COVID-19, the Cuba Study Group highlights.

They also point to US participation in Cuban trade. That is to say, in agricultural exports to Cuba, civil aviation flights and other fields, such as support for Cuba’s private economic sector.

The paper also outlines the necessary amendment of the archipelago’s structures to facilitate investments and other collaborative efforts. This is because if there isn’t a practical and functional coupling between both countres, their ties won’t develop into tangible benefits.

Just like there is a general consensus that you need a climate beforehand that promotes the establishment of full diplomatic relations, there is also an agreement that every bilateral relations process will be infertile and highly reversible if the Island doesn’t manage to convert itself in the “effective Agora” for every Cuban. Not just for those who are happy, to some extent, with those in power. Both Havana Consulting Gorroup and Cuba Study Group point this out.

Building the country together

The Cuba Study Group’s document has plenty to say about this. It recommends definitive economic reform and important political matters; although it does this with suggestions for a better Cuba and not as a precondition for the US adopting change in its policy towards the Island.

In economic terms, it requests that Cuba go ahead with currency unification; make self-employment activities more flexible; legalize small and medium-sized enterprises; deregulate foreign investment laws; allowing all investors (including Cubans living abroad) to legally merge with Cuba’s private sector and authorize this sector to import and export without intermediaries.

In political terms, it defends greater rights for citizens and emigrants; recognizing differences in political opinions; everybody’s right to take part in economic, political and public affairs; the creation of a legal framework with clear rules so that private media outlets can operate freely; and arbitrary arrests and attacks of journalists, artists and peaceful activists, end.

It’s fitting to accept that the above will request a lens of mutual recovery. For example, let me mention compensation for property expropriated from Cubans, as well as other damages. The expropriation business could take priority on any agenda, because it would stem from the point that mentions the confiscation of US property, as well as foreign immigrants on the Island.

In an article under the headline “Compensating Cuban expropriation. A fundamentally political challenge, not strictly a legal one“, I present opinions from experts that provide a way to give closure to a past of disagreements and, at the same time, benefit social development. Such opinions try to establish restorative justice while also reaching fair distributive and humanist justice via rigorous and transparent processes that prevent preferential treatment and influence peddling.

When it comes to expropriated Cuban businesses, there is the suggestion that fiscal credit be issued that can be transferable and subject to new capital investments in the country, to some extent. As well as exchanging the expropriated value of a Cuban company, which has flourished abroad, for investment.

These options would facilitate compensation, even when the State can’t employ its meagre resources for this end. For example, Cuba granted the Marriott hotel chain the ability to operate hotels in the long-term, instead of offering a cash settlement. It’s also worth clarifying other problems, such as cases where owners who were legitimately expropriated might share industrial property with others who were expropriated illegally.

In regard to other possible damages, professor Jorge Ignacio Dominguez gives his thoughts in an interview called “Justice in the most fair and possible way“. Dominguez argues that most of the people responsible and to blame – and also their victims – of competing parties have already passed away.

Therefore, in the cases where responsibility and blame – which exists on both sides – are agreed with the corresponding punishment, those who will be eventually punished are a lot less to blame than the real culprits. Compensation will rather be paid to the descendents of victims. Meanwhile, given specific details about the conflict, both the Cuban and US governments will need to agree on the process to accept responsibility and cooperate with the process.

The professor also points out that this process on the whole will need to be geared towards national confidence that is able to achieve “strategic oblivion” of most of the reasonable complaints of plaintiffs, so that enemies are willing to build the country back up together with them. However, in my opinion, this seems far removed from reality because political extremism exists on both sides and official discourse is reaffirming opposites today.

We will only be able to create a country that we all identify with if the State is inclusive and democratic. This is the only way we can place US-Cuba relations outside of national domestic policy, and it can be independent of the conflicts that arise from asymmetries of power.

The Saratoga Hotel in Havana CollapsesBoy with a Flag During the 11J Protests Escapes from CubaRecycling Materials Is a Natural Must-Do for CubansReporting Isn’t a Crime, but in Cuba It’s Treated as SuchLa Crema Covers Cuban Reality Better Than the TV NewsEducational Toys in Cuba: a Useful and Growing Market