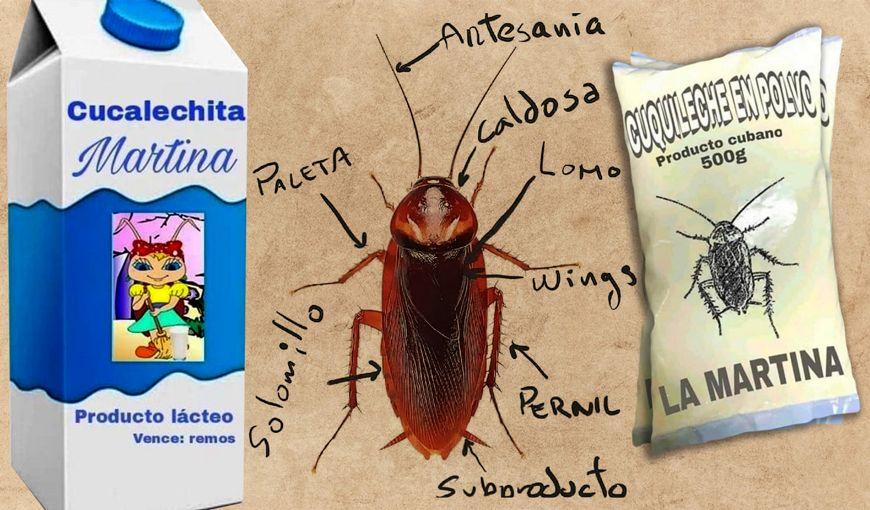 What Happened in Cuba with Cockroach Milk? 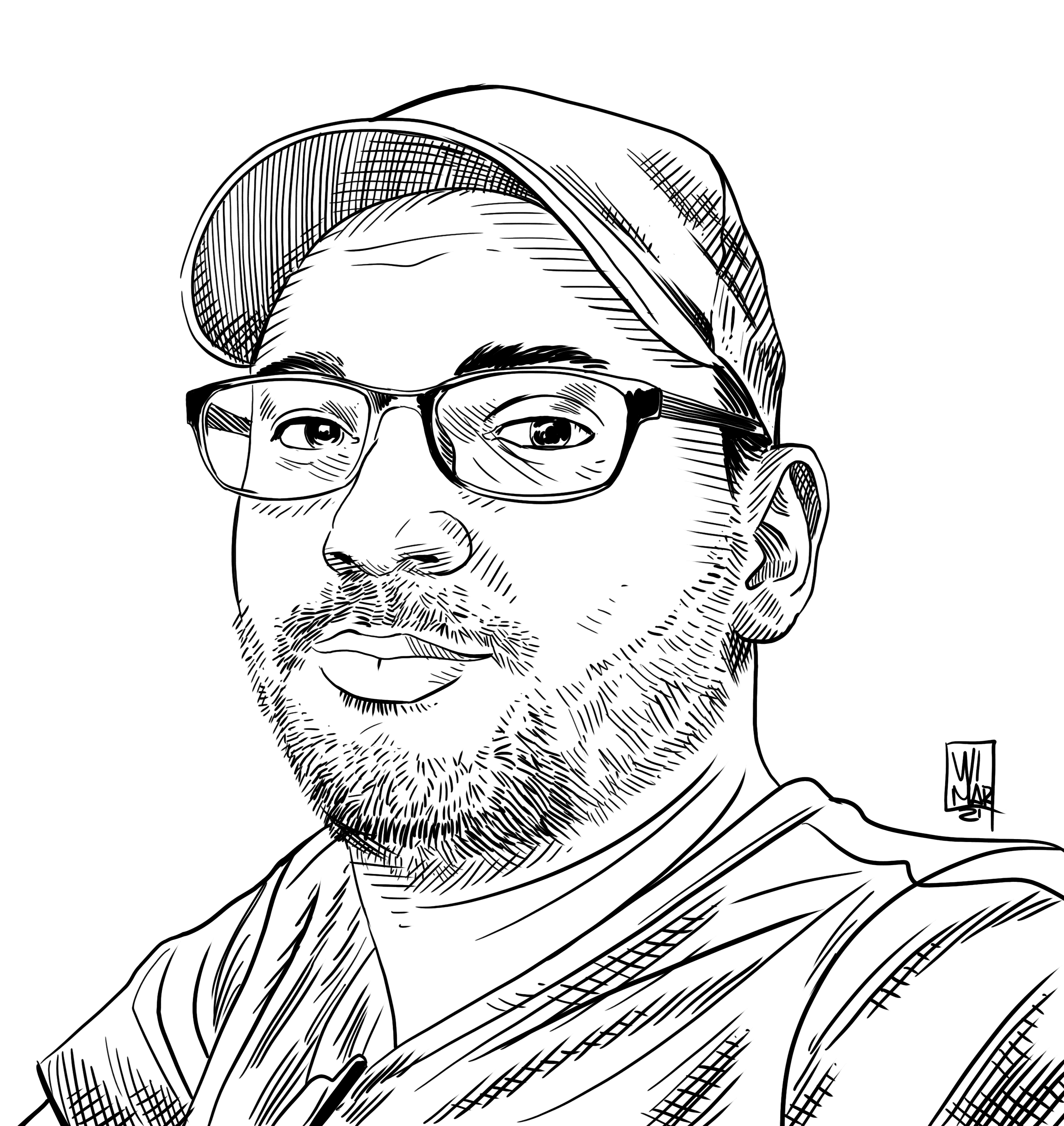 April got off to a red-hot start when it comes to controversy in Cuba’s digital space. A publication on March 28th 2022 on the online edition of radio Guama, Pinar del Rio’s main radio station, put the term “cockroach milk” among one of the most popular internet searches in Cuba.

The article talked about “a crystallized milk-like substance that a species of cockroach produces,” a compound that could be considered a superfood.

Social media users questioned the publication that classified cockroach “Milk”, as the new nutritional drink.” Soon enough, the Radio Guama article quickly went from being a simple scientific interesting fact to being the talk of the town. The article unleashed a wave of criticism and a flood of memes.

However, cockroach milk isn’t new. The first time “cockroach milk” went viral was in summer 2016, when it was announced that researchers from the Institute of Biology, Stem Cell and Regenerative Medicine in India, had discovered that it could be the best superfood.

Superfood is neither a scientific nor medical term. It’s a concept embraced by the media, as well as marketing companies linked to the nutrition and diet sector. It is used to describe foods with properties that keep you healthy, reduce the risk of disease and improve the emotional and physical condition of people.

Cockroach milk “can be a fantastic protein supplement”, Subramanian Ramaswamy, director of the research team, said in statements to The Times of India, on July 18, 2016.

“Crystals are a complete meal: they have proteins, fats and sugars. If you study the protein sequences, they have all the essential amino acids,” explained Sanchari Banerjee, one of the main authors of the research study published in July 2016, by an open access journal reviewed by peers at the International Union of Crystallography. 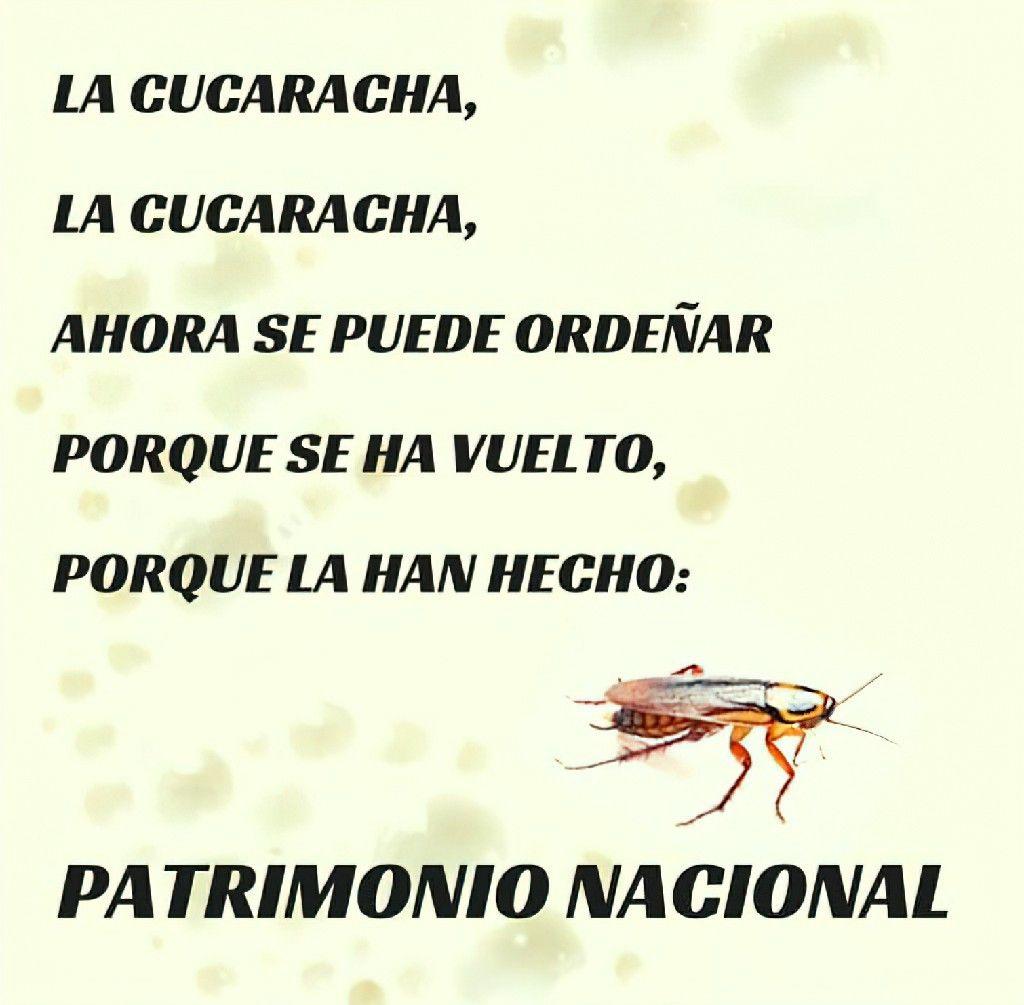 If we study data trends on Google Trends, the term “leche de cucaracha” (in Spanish), witnessed a significant increase in searches, which coincides with the publication date of the Radio Guama article.

“The first spike in global interest about cockroach milk was in July 2016, and there was an even greater spike in May 2018.

Even though Google Trends doesn’t allow you to extract exact data about search volumes, it does show you a graph with relative values that gauge interest or popularity of an issue over time, on a scale of zero to a hundred. 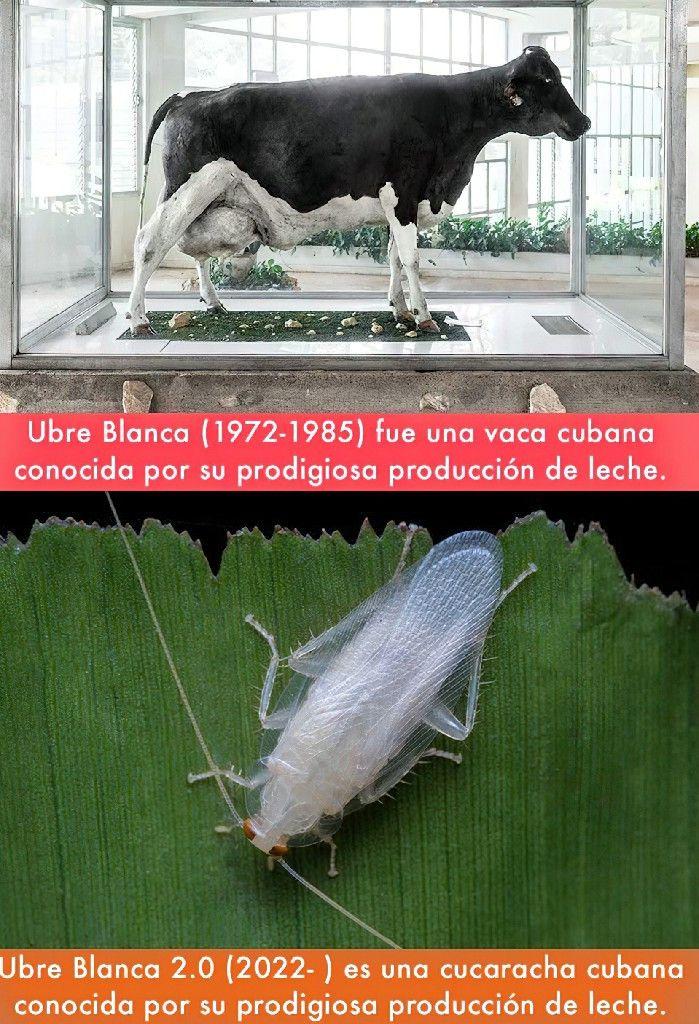 “Food” for headlines and memes

Both the independent press as well as dozens of comments on social media pointed out a contrast: a state-controlled media outlet mentioning cockroach milk amidst a landscape of economic crisis and food shortages, including milk (of any kind).

CNN correspondent in Cuba, Patrick Oppmann shared the original link to the Radio Guama article on his Twitter account and pointed out, in English: “a Cuban state-controlled radio station has praised the health benefits of drinking cockroach “milk”. In the meantime, normal milk is incredibly hard to find here.”

TV channel Univisión 23 Miami also echoed the news. Reporter Jenny Padura linked Radio Guama’s article to previous news reports that went viral, such as Diaz-Canel saying that “lemonade is the base of everything” and controversial statements made by Comandante de la Revolucion Guillermo Garcia Frias in 2019, when he spoke on TV show Mesa Redonda about the existence of government plans to rear ostriches, crocodiles and hutias to alleviate meat shortages on the island.

Padura also said, although mistakingly, that Cuban minister of Domestic Trade, Betsy Diaz, had taken to social media to announce cockroach milk as an initiative “to alleviate shortages of dairy products” in Cuba. But in this regard, there is only a tweet by the account that parodies the minister.

Reactions first led to Guama removing the controversial article from their website and, then, to publish an explanatory note – on April 1st – in which they say that the article about cockroach milk is “an interesting scientific fact and isn’t news.”

The note also says that “media created to mock Cuban society and, of course, its institutions” used a “formula of discredit and demonizing” against state media and distorted the article.

Radio Guama has reported an unprecedented surge in website traffic since Monday March 28th, especially in direct traffic. According to the radio station, over 85% of users were visiting the site for the first time, undoubtedly attracted by the controversy.

“We have never suggested cockroach milk as an alternative to milk shortages. Hateful and vulgar cockroaches invented this piece of fake news deliberately,” Radio Guama pointed out in the exculpatory letter. 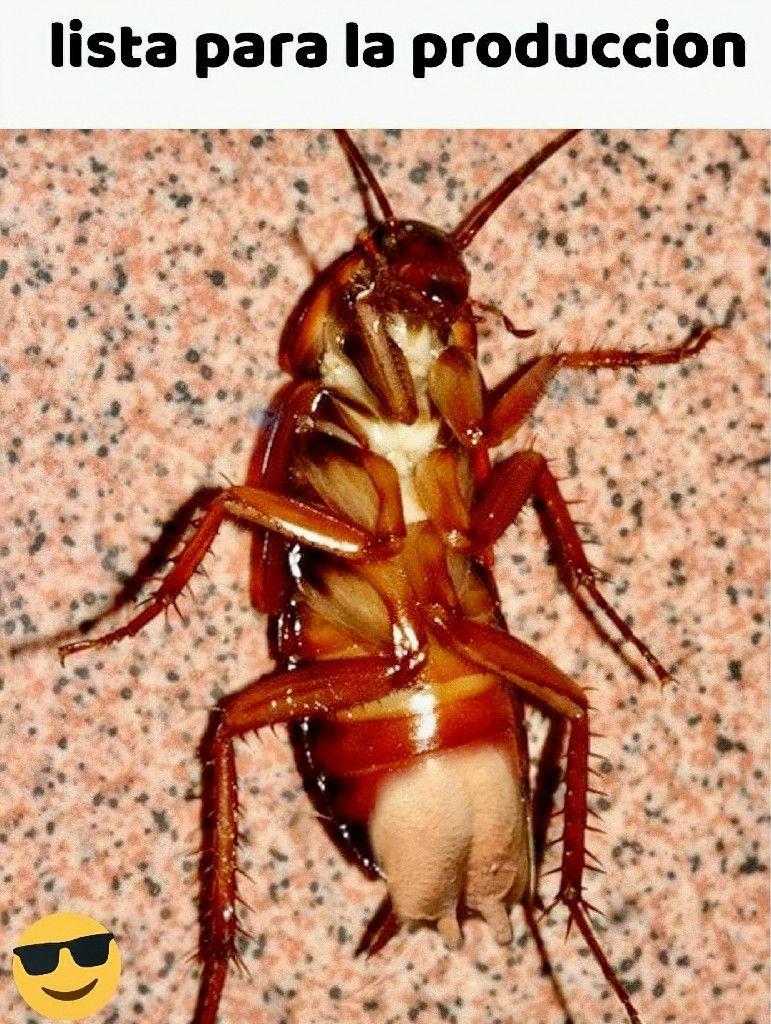 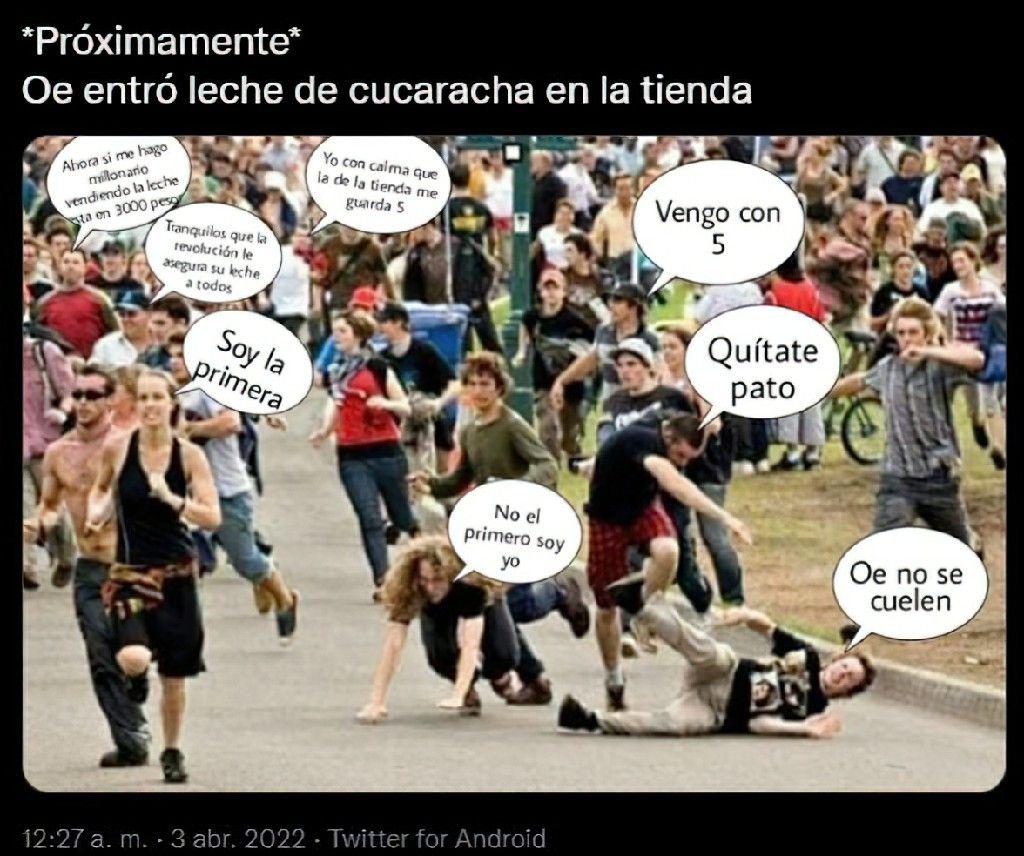 Cockroach milk came into the store

Don’t worry, the Revolution guarantees every one’s fair share of this milk.

I’m in no rush, they’re keeping 5 packets at the store for me.

Five people are with me.

Get out of my way. 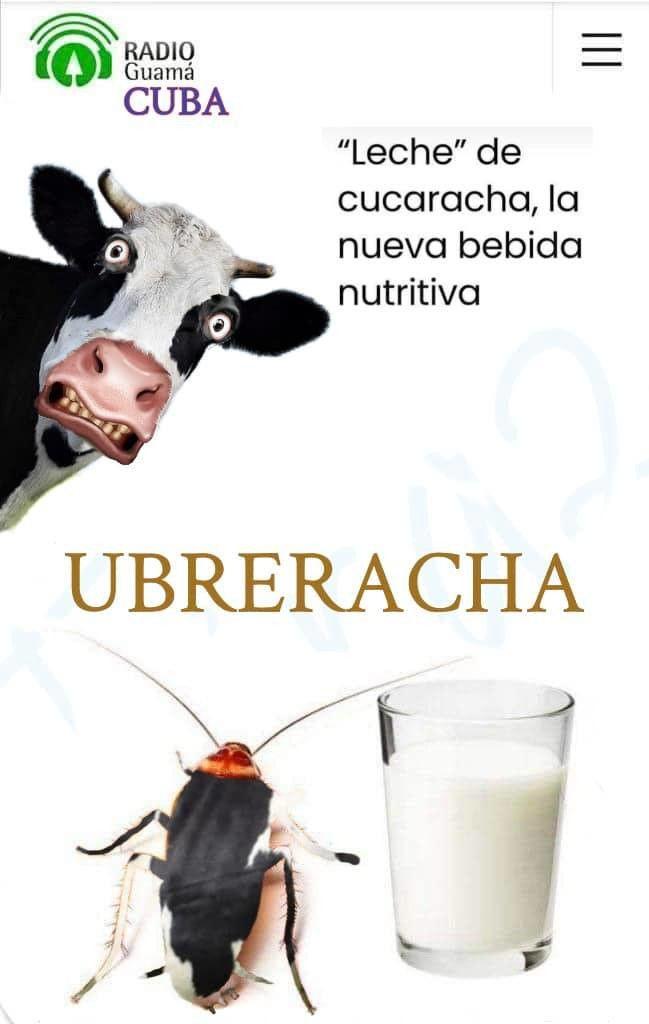 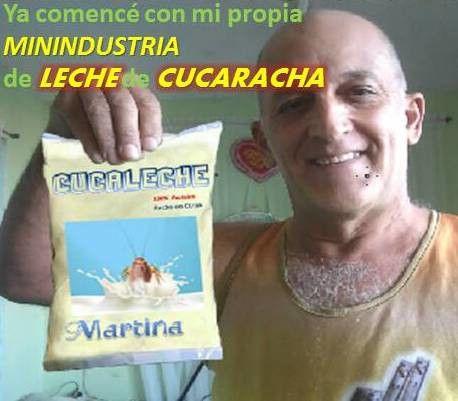 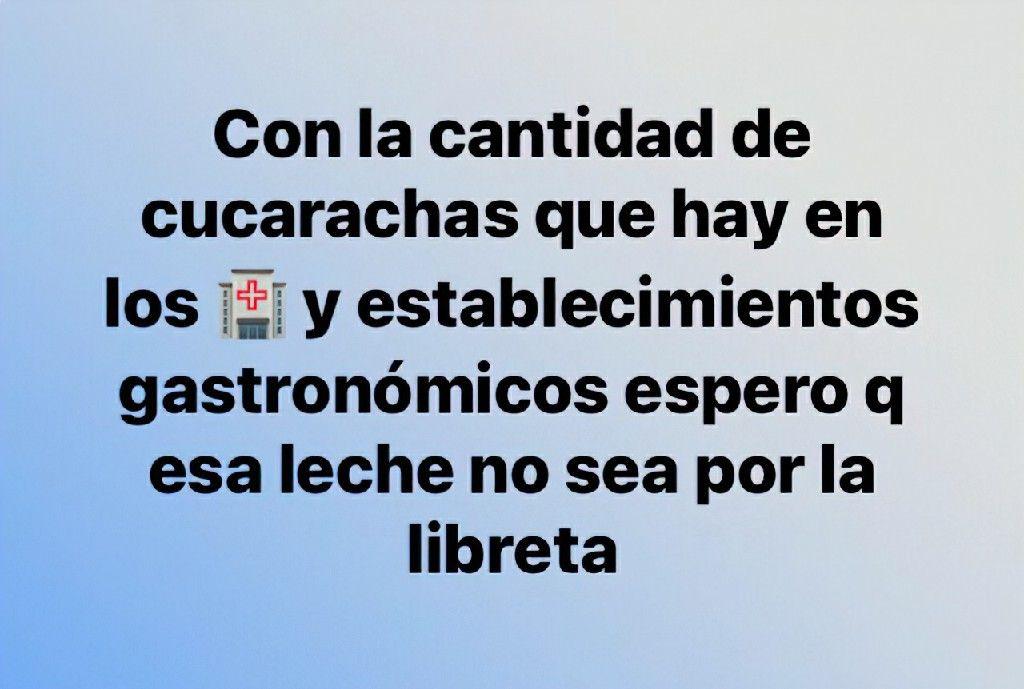 With the number of cockroaches at hospitals and restaurants, I hope this milk isn’t rationed with the rations booklet. 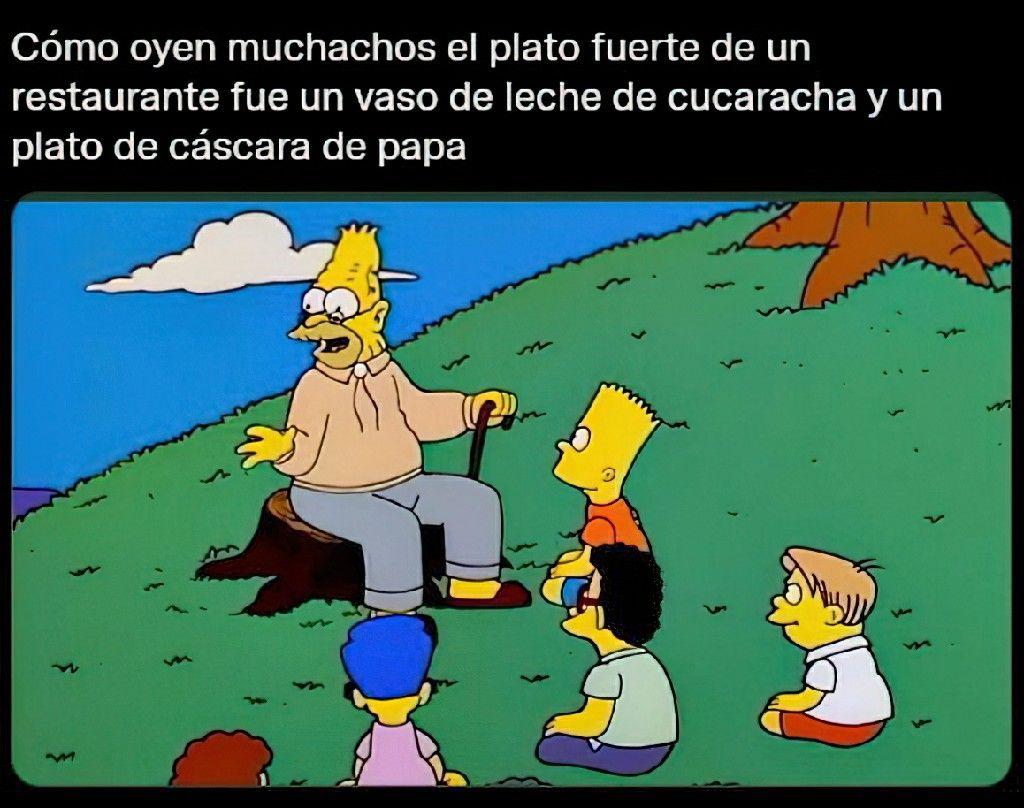 With the number of cockroaches at hospitals and restaurants, I hope this milk isn’t rationed with the rations booklet.

El Toque: a Social Innovation Project for a Transnational CubaBoy with a Flag During the 11J Protests Escapes from CubaCuba: The People Don’t Carry Out CoupsLa MLC nos habla del dólar

No Flour and No Sacred Hosts in CubaHow are Cubans Navigating the Flour and Bread Crisis?Pigs without feed and Cubans without porkVeganism, Vegetarianism and Free Choice in CubaLess Food and More Kitchen Time in CubaFood Perks: “Material Incentive” or “Nutritional Blackmail”?

El Toque: a Social Innovation Project for a Transnational CubaBoy with a Flag During the 11J Protests Escapes from CubaCuba: The People Don’t Carry Out CoupsLa MLC nos habla del dólar